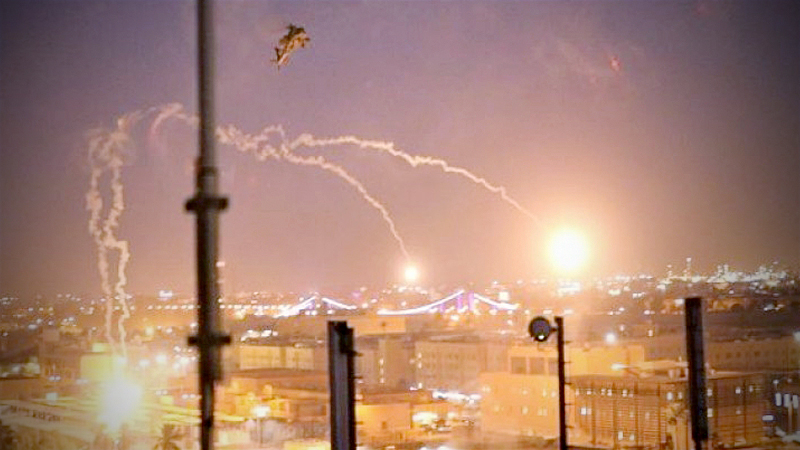 Iranian forces have launched more than a dozen ballistic missiles against two military bases in Iraq, the Pentagon said Tuesday evening, marking the most significant Iranian attack in the growing conflict between Iran and the United States.

The al-Asad air base in western Iraq, which houses some American troops, was hit by at least six rockets about midnight Wednesday, according to a U.S. defense official familiar with the situation.

White House press secretary Stephanie Grisham said officials are aware of reports of attacks on U.S. facilities in Iraq, and added that President Trump was “monitoring the situation closely.”

The attack marks the most significant act of aggression in the growing conflict between the United States and Iran.

The strike comes as U.S. officials have defended Trump’s decision to kill Maj. Gen. Qasem Soleimani, the commander of Iran’s elite Quds Force, in an airstrike in Baghdad last week. Iranian leaders stepped up calls Tuesday for revenge against the United States.The calls for retaliation came as Iranian authorities prepared to bury Soleimani in his hometown of Kerman, a southeastern city. Early on Tuesday, authorities were forced to suspend the burial proceedings after a stampede killed dozens of mourners.

Here’s what we know so far:

● Iraq’s prime minister is interpreting a letter from the U.S. military as a “withdrawal announcement,” according to Iraqi officials, even as Pentagon officials describe its sharing as a mistake.

● Defense Secretary Mark T. Esper said the United States will not be withdrawing troops from Iraq. The Trump administration is drawing up potential sanctions against Iraq, in the event that its leaders go through with plans to order the expulsion of U.S. troops for Soleimani’s killing on Iraqi soil.

● Iran’s foreign minister said the United States denied him a visa to attend a United Nations meeting in New York.

● Iranian state news agencies reported that at least 50 people died and more than 200 were injured in the stampede at the funeral for Soleimani.