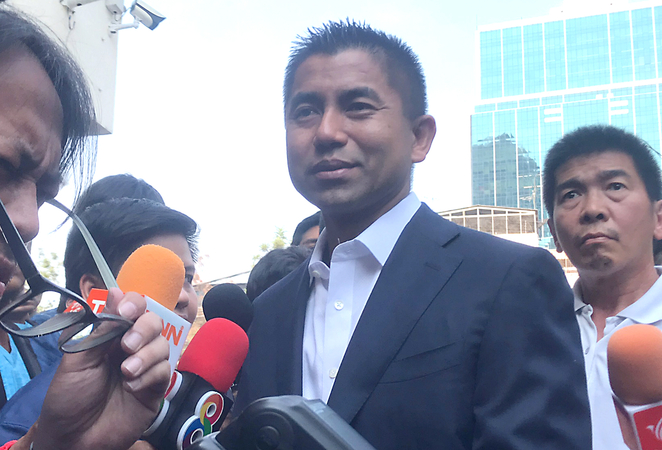 Former Immigration Police chief Pol Lt-General Surachate Hakparn met officers on Wednesday (January 8) in the evening at Bangrak Police Station to facilitate investigation into the gunshots fired at his vehicle on January 6 while it was parked in a soi.

Surachate, who serves as a special adviser at the Prime Minister’s Office, believed that the suspects were involved in a scrapped biometric identification system project.

He also added that Bt900 million BMW intelligent patrol cars ended up only being used in leading motorcades “The maintenance cost of this car is too high and not an efficient way to spend people’s tax money,” Surachet commented.

Police detectives will on Thursday (January 9) inspect the car which was fired at for clues.