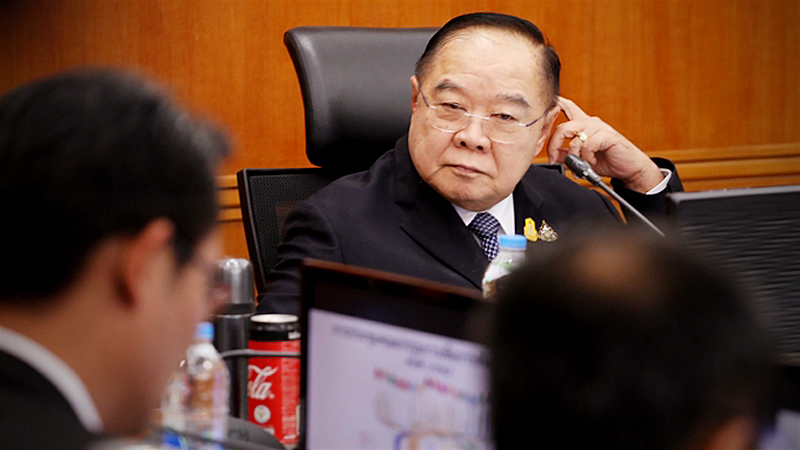 Deputy Prime Minister Prawit Wongsuwan claims he’s never met either of the state officials who have hinted at possible police corruption but he’ll phone both of them to try and clear the air.

Pol Lt-General Surachate Hakpal, the former immigration police chief now a special adviser to the Prime Minister’s Office, is at the centre of the storm after an unidentified gunman fired eight rounds into his parked and unoccupied car on Monday (January 6).

Surachate has assigned blame to someone involved in a bid years ago to sell the Royal Thai Police a biometrics scanner system that he felt was wasteful and unnecessary.

Quizzed by reporters on Thursday, Prawit said he didn’t know all the details about either the shooting or the tech procurement plan.

“As a big brother to both [Surachate and Chakthip], I want them to talk to others first before the matter escalates,” he said. “But we’ll have to wait since Chakthip has gone abroad.”