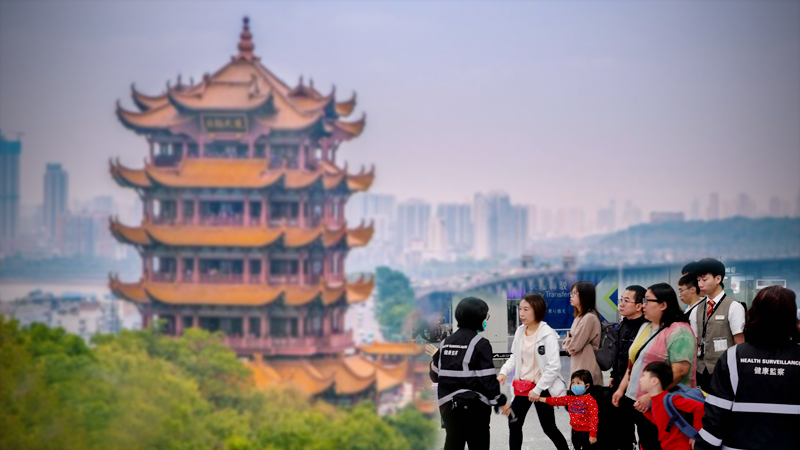 BEIJING - Chinese researchers investigating the cause of a mysterious pneumonia outbreak have discovered a new strain of coronavirus, a species of viruses that can cause deadly illnesses such as severe acute respiratory syndrome (SARS) and Middle East respiratory syndrome (MERS), according to Chinese state media and the World Health Organization.

A group of Chinese experts this week isolated and obtained the genome sequence of the new virus, which is believed to be responsible for sickening dozens who visited a wild animal market last month in Wuhan, central China, state media reported Thursday.

The outbreak, coming in the lead-up to the Lunar New Year travel season in China, has prompted health authorities across East Asia to step up screening of travelers for signs of fever, underscoring fears about its potential spread.

A Chinese preliminary assessment panel isolated the coronavirus - named because of its crown-like appearance under a microscope - from samples taken from a single patient's lung fluid, blood and throat swabs, the panel's leader, Xu Jianguo, told the official Xinhua News Agency in an interview.

"The expert group believes that the pathogen of the unexplained cases of viral pneumonia has been preliminarily identified as a new type of coronavirus," Xu said. "The virus was isolated from samples and showed a typical coronavirus appearance under an electron microscope."

Developing specific drugs and vaccines against a new pathogen could take years to complete, he said.

In a statement, the World Health Organization said initial information about the Wuhan cases it obtained from Chinese authorities pointed to a coronavirus - a family of viruses that can cause the common cold, as well as SARS and MERS.

"According to Chinese authorities, the virus in question can cause severe illness in some patients and does not transmit readily between people," it said.

Coronaviruses cause illnesses of differing severity, the WHO said. Some transmit easily, while others do not. Novel coronaviruses emerge periodically, with SARS emerging in southern China in 2002 and MERS a decade later.

As surveillance improves, there are likely to be more coronaviruses identified.

The WHO said more comprehensive information is required to confirm the pathogen and to better understand the epidemiology of the outbreak, the clinical picture, the investigations to determine the source, how the illness is spread, and the extent of infection.

Symptoms of the new Wuhan pneumonia include fever and invasive lesions of the lungs when viewed under chest radiographs.

The U.S. Centers for Disease Control said Wednesday it had asked local health departments and health care providers to ask patients suffering respiratory illnesses whether they had traveled to Wuhan.

China's transport officials told reporters Thursday they would take measures, such as disinfecting transportation hubs, to prevent the spread of the illness during the Lunar New Year period later this month, when more than 400 million Chinese are expected to travel.