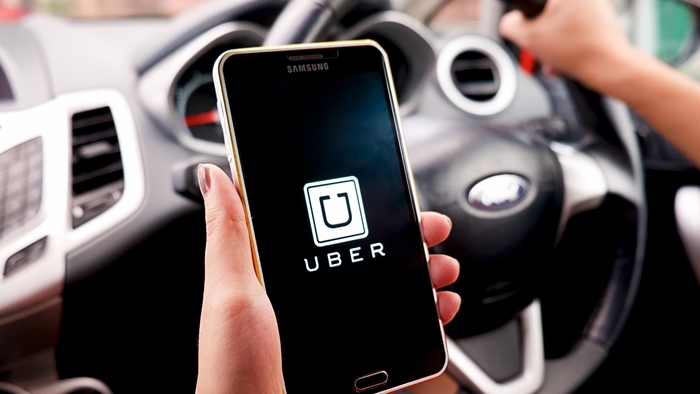 Boston City Councilor Andrea Campbell holds a unique position in her family. While several of her relatives spent time in the criminal justice system, Campbell earned degrees from Princeton University and UCLA Law School. She served two years as city council president. Boston Magazine dubbed her "the future" of the city.

Her older brother, Alvin Campbell Jr., has a very different life. He was arraigned Thursday on charges that he pretended to be a ride-hailing driver last month to kidnap a woman leaving a Boston nightclub and rape her at a Rhode Island home, the Boston Globe reported. Prosecutors are also investigating him for possible involvement in three other sexual assaults, according to the Globe.

"I am heartbroken, saddened and devastated by this news," Andrea Campbell said in a statement. "I will continue to pray for the victim who had the courage to come forward and I want her to get all of the supports, services and protections she is entitled to. I will also pray for my brother. I'm trusting that the judicial process will ensure that justice is served."

In addition to a personal struggle for one of Boston's most prominent public officials, Alvin Campbell's arrest poses yet another challenge for ride-sharing companies that come under fire every time a real or fake ride-sharing driver is accused of harming a passenger. The brands, including Uber and Lyft, have defended their protocols and instituted additional safety features in response to the outcry.

Among the most notable recent incidents was the March 31 death of Samantha Josephson, 21, who hailed an Uber to get home from a bar but got into the wrong car. Nathaniel Rowland, 24, is accused of killing her. Meanwhile, several women have alleged that they were sexually assaulted by men who pretended to be Uber drivers.

Uber has responded to the incidents by reminding riders to check the license plate, vehicle's make and model, and driver photo before getting into a car. The company on Tuesday rolled out an option for riders to get a four-digit pin code that their driver has to enter before the ride can begin.

Suffolk District Attorney Rachael Rollins attended Alvin Campbell's hearing in Boston Municipal Court, where the Globe reported a judge ordered him held on $250,000 cash bail. Rollins told the newspaper that she was in the courtroom because the Dec. 7 incident marked the third time last year that women leaving a nightclub in the county were sexually assaulted.

Prosecutors said in court that the woman became intoxicated at a holiday party at the Harp club and called for an Uber ride, the Globe reported. The driver canceled at the last minute. Campbell then allegedly arrived and identified the woman by her name, according to the Globe.

The woman got into the dark-colored Chevrolet SUV. When a friend called her about 18 minutes after she left the bar, she told them she was not home yet, the Globe reported, citing Suffolk Assistant District Attorney Elizabeth Riley-Cunniffe.

"The next thing she remembered was a man on top of her," Riley-Cunniffe said, according to the Globe.

The woman realized that she was not wearing clothes and was in an unfamiliar home. Campbell allegedly dropped her off at a nearby Dunkin' so that she could make her way home, the Globe reported. She eventually determined that she was in Cumberland, Rhode Island, and found her way back to Boston.

Lauren Thomas, Campbell's attorney, did not immediately respond to a request for comment. She said in court that Campbell had a history of felony convictions and that she did not know how he would have been able to drive for a ride-sharing company, the Globe reported.

Jodi Page, a spokesperson for Uber, said the company had no record of a driver with that name.

Campbell refused to enter the courtroom for his hearing, and Judge Michael Coyne ordered him at least to stand in the hallway in a manner that allowed Coyne to see him. Campbell initially resisted, but then stood in the hallway, the Globe reported.

In addition to Alvin, other members of Andrea Campbell's family have spent time in correctional facilities. Her twin brother, Andre Campbell, died of an illness at age 29 while awaiting trial.

"I come from an extremely challenging background of tremendous loss," the councilwoman said in her statement. "I feel I have done much, and continue to do everything in my power to ensure I break the cycles of violence, poverty, missed opportunity and wasted potential, not only for myself, but for my family, my two sons, and young men and women in our community."