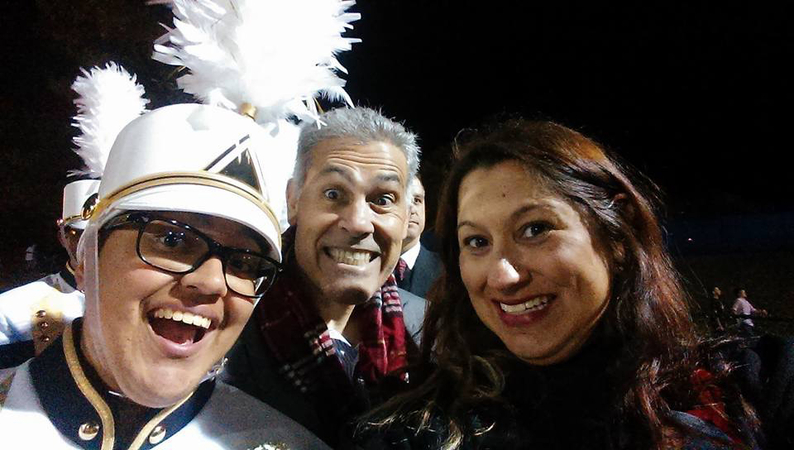 Virginia legislators want schools to ease the suffering of transgender students. Near the end of every summer, as other students picked out colorful notebooks or first-day outfits, Kayden Satya Ortiz opened his laptop and typed out the same email. 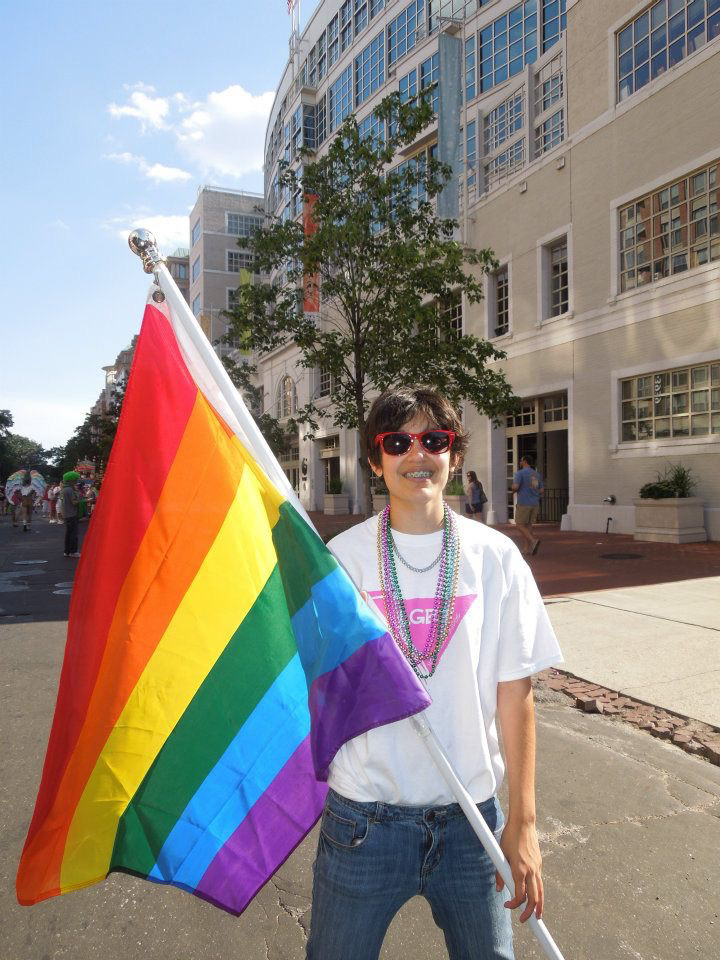 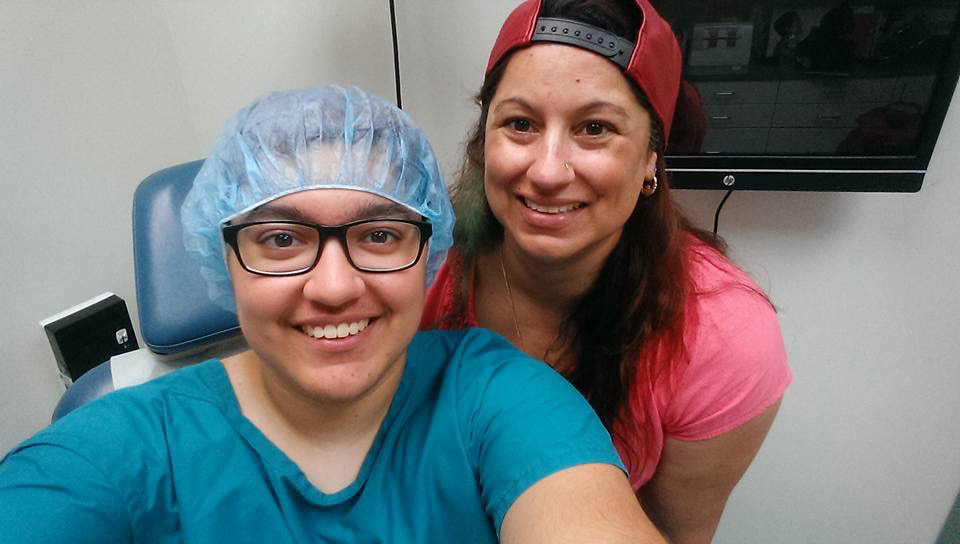 He sent the message to each of his teachers at Robinson Secondary School in northern Virginia: I am transgender. I use he/him/his pronouns. Please put this in your records now.

It didn't always work. Ortiz, 22, cannot remember how many times educators or classmates addressed him with the old name, the wrong pronouns.

He does remember how it felt.

"It hits you, every time it happens," Ortiz said. "It's a physical pain in the heart."

That pain - coupled with bullying, the inability to use the men's restroom and what Ortiz described as insufficient support from administrators - led him to try to kill himself a dozen times in high school, he said.

Hoping to prevent students from suffering what Ortiz experienced, Virginia lawmakers are considering legislation that would direct the state's Department of Education to publish guidelines on appropriate treatment of transgender students. The regulations would span topics including bullying, dress codes and student privacy, and they must be published by the end of this year.

Two Democrats, Del. Marcus Simon of Fairfax and Del. Joshua Cole of Fredericksburg, co-sponsored the measure in the House, while state Sen. Jennifer Boysko, D-Fairfax, introduced companion legislation in the Senate. Simon and Boysko said they are optimistic about passage, pointing in part to the new Democratic majority in the Virginia General Assembly.

But they're preparing for Republican resistance - and even some Democrats may be lukewarm, Simon conceded.

"If it was purely political considerations, would this be something you want to come right out of the box with as a defining issue for the Democratic majority?" Simon said. "Maybe not. But these are human lives, kids who've been suffering for a long time in Virginia."

"Students deserve dignity," Boysko said. "We owe this to our children."

Research suggests that there are about 4,000 transgender teens in Virginia - and that transgender youth are far more likely to attempt suicide. Given the lack of state guidance, the treatment of those students varies significantly, experts said, and can shift in a second with the arrival of a new principal.

If the law passes, Virginia will become the 15th state to adopt regulations outlining the proper treatment of transgender students in schools, according to Eliza Byard, executive director of LGBTQ education organization GLSEN. She praised the proposed guidelines for going beyond the hot-button issue of bathroom usage to address more mundane items such as record-keeping, which can decide names and pronouns in classrooms.

"It's these kinds of things, ostensibly the little things, that can be either incredibly affirming or deeply damaging and dangerous for transgender students," Byard said.

It's not the first time Virginia finds itself in the spotlight on transgender issues: The case of transgender student Gavin Grimm - who was barred from using the boys' restroom in his high school - ascended to the Supreme Court. A lower court judge ruled in August that Grimm's rights had been violated.

From across the country in California - where he attends college - Ortiz is tracking the bill's progress. He said he worries about other transgender students at Robinson, which declined to comment on his account of his time at the Fairfax school. A Fairfax County Public Schools spokeswoman noted that the district forbids discrimination based on gender identity.

Ortiz said he wishes he could tell every struggling transgender teen what he tells himself when he thinks about ending his life - which still happens, often when someone identifies him by the wrong gender.

"I say to myself: There's so many people who have been influenced by me to be more accepting," Ortiz said. "I say: God made me trans so I could speak out and have a voice."

Mara Keisling, executive director of the National Center for Transgender Equality, an advocacy group, said U.S. schools fall into three broad types. First, there are "good schools," which allow transgender children to use facilities matching their gender identity, permit students to switch their names and pronouns at will and aggressively discourage bullying of LGBTQ children. If the Virginia bill passes, the guidance would probably resemble these regulations, proponents said.

Then, there are the "bad schools, which don't want to modernize or see change," Keisling said. "But the vast number of schools are in the middle: They just want to do the right thing, but they don't really understand what the right thing is."

Knowing what to do became more difficult after the Trump administration in 2017 rescinded Obama-era guidance on treatment of transgender students, Keisling said. Those rules specified that children should use restrooms that match their gender identity.

Before Trump's election, Byard said, many schools had worked to protect their LGBTQ students - developing ways to accommodate transgender children even in the years before the formal classification existed.

"Now, we're in a different phase," Byard said, "because we face a deeply hostile national government."

Liz Matthews, mother to a transgender fourth-grader in Virginia, noticed the partisan flavor of the debate two years ago, when she began advocating for increased protections for transgender children in Arlington Public Schools.

"Kids were having very different experiences depending on the high school, the principal, the teacher," Matthews said.

Soon, a handful of parents formed an opposition group and showed up to school board meetings, Matthews said. They claimed that pro-transgender policies would "somehow harm girls in locker rooms," she said. Despite the opposition, Arlington Public Schools adopted rules in June allowing students to use facilities fitting their gender identity, and to select their preferred names and pronouns.

That policy switch put Arlington in a small minority: Between 15 and 20 Virginia school systems - out of more than 130 - have passed regulations to protect transgender students, according to James Parrish, former executive director of Equality Virginia, the LGBTQ advocacy group that asked Simon and Boysko to introduce the measure before the General Assembly.

But in at least two school systems, rules stipulate that students must use the bathrooms matching their biological gender. And two recent court cases in Virginia have dealt with discrimination - the one brought by Gavin Grimm and another centering on a teacher who refused to use a transgender student's preferred pronouns.

Robert Norris Rigby, a high school teacher and president of Fairfax County Public Schools Pride, said he receives several emails every month from concerned parents of transgender children. They complain their kids have been called the wrong name by teachers or told they cannot participate in extracurricular activities.

Because Fairfax Schools has a robust anti-discrimination policy, Rigby said, he is usually able to work with administrators to fix the problem. He knows that is not true everywhere in Virginia.

"Kids are at enormous risk," Rigby said. "It keeps me up at night."

It's not that they are not important, he said. After coming out as transgender, Belotti was barred from using the men's restroom at Colonial Forge High School in Stafford his senior year. He started to wait until he got home.

"I developed chronic [urinary tract] and kidney infections, and I now have bladder pain syndrome," Belotti said. "I have to do special training, because I no longer know when I have to go."

But Belotti, now a 19-year-old college student in Richmond, said many other moments from high school remain with him: When the school refused to switch the gender on his student ID. When he was told not to wear a suit to prom. When he threatened a lawsuit to convince school officials to use his chosen name at graduation.

And there was every time a teacher referred to him by the wrong gender - "like being punched in the stomach," Belotti said.

A Stafford County Public Schools spokeswoman said the school does not comment on individual students, but she noted that the district prohibits discrimination on the basis of gender identity.

Alison Sullivan, a social worker in Fredericksburg who has advised LGBTQ students, said transgender children operate in survival mode at school. They go through the day unable to be who they are, she said - much less learn anything.

"That kind of fear can have and does have a lifelong impact on health and wellness," Sullivan said.

Like Belotti, Ortiz - also denied access to the men's restroom - contracted urinary tract infections in high school. He, too, lost control of his bladder, and today he must set notifications on his iPhone to remind himself to use the restroom. His arms bear thin white lines from when he tried to cut his veins open.

Other scars are less obvious.

"I had to block people my own age on social media because of threats of death and rape in high school," Ortiz said. "So now I've always got this fear that someone is going to come up and murder or rape me."

Whenever he leaves work after dark, he slips his keys between his knuckles. Sharp tips outward.