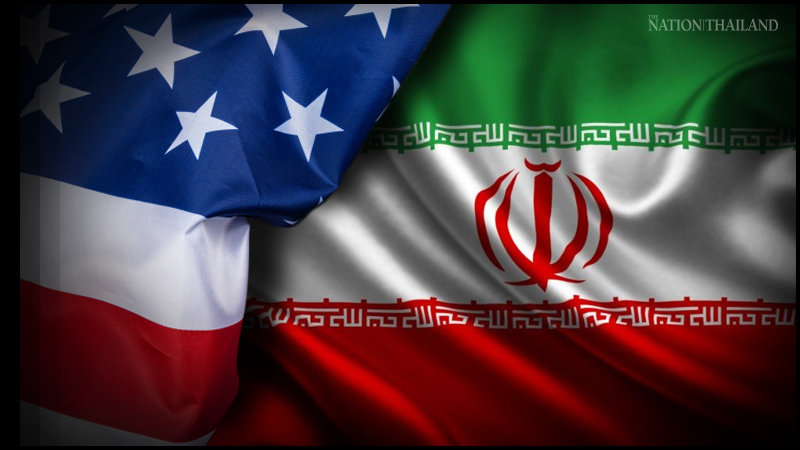 MOSCOW - Iran admitted early Saturday to shooting down Ukraine International Airlines Flight 752, killing all 176 on board, in what Iran's General Staff of the Armed Forces called a "human error."

The passenger plane, a Boeing 737-800, turned toward a sensitive military site belonging to Iran's Revolutionary Guard at an altitude that made it appear to be a hostile aircraft, the General Staff of the Armed Forces said in a statement.

Iranian Foreign Minister Mohammad Javad Zarif wrote on Twitter that "human error at time of crisis caused by US adventurism led to disaster."

Iran's admission comes after repeated denials that the plane was shot down, and officials initially pointed to the likelihood of a technical malfunction. Western leaders said Thursday and Friday that their intelligence suggested a surface-to-air missile brought down the plane, leaving no survivors.

Ali Abedzadeh, head of Iran's Civil Aviation Organization, told a televised news conference Friday he was "certain that no missiles hit the aircraft."

Soleimani's killing sent regional tensions soaring, and Iranian officials vowed to avenge his death. They portrayed the missile attacks on U.S. troops in Iraq, which caused no casualties, as a show of strength. But now Iran's government is facing tough questions about how its forces, anticipating a U.S. response, shot down a civilian airliner carrying more than 80 Iranian passengers.

At the crash site, Iranian crews in red-and-white uniforms gathered the wreckage and remnants from passengers' luggage and personal items that escaped the flames. Oleksiy Danilov, secretary of Ukraine's National Security and Defense Council, said Ukrainian crash investigators were also at the site. Iranian officials said the pieces of the plane and other debris were moved to a hangar for forensics.

Ukrainian Foreign Minister Vadym Prystaiko said at a news conference Friday that Ukraine has been granted access to the flight-recorder data, but wants the "black boxes" back in Kyiv. He added that investigators are analyzing plane parts, including chemical residue on the wreckage, and the remains of passengers.

"We will come to our conclusions," Prystaiko said. "We don't want to come to them right now."

Ukraine has taken an active role in investigating the crash of the jet, which was carrying 11 Ukrainians, including the crew. A team of 45 experts and search-and-rescue personnel from Ukraine, including specialists who helped investigate the July 2014 downing of Malaysia Airlines Flight 17 over Ukrainian territory, arrived in Tehran early Thursday to participate in the probe.

Canadian Foreign Minister Francois-Philippe Champagne, speaking to reporters Friday, revised the number of Canadians killed in the crash from 63 to 57.

Ukrainian President Volodymyr Zelensky had phone conversations Thursday with heads of government from Canada, Britain, Sweden and Iran - countries that each had citizens among the passengers. Zelensky encouraged the countries to participate in the investigation but asked that any evidence be shared with Kyiv.

"Given the recent statements by the heads of state in the media, we call on all international partners, especially the governments of the United States, Canada and the United Kingdom, to provide data and evidence relating to the disaster to the commission investigating the causes," Zelensky said in a statement on Facebook.

The Ukrainian leader spoke with Secretary of State Mike Pompeo on Friday and wrote on Twitter that he was grateful for the "valuable support of the U.S. in investigating the causes of the plane crash. Information obtained from the U.S. will assist in the investigation." Speaking at the White House on Friday, Pompeo said the United States believes it's "likely" an Iranian missile downed the plane.

Zelensky spokeswoman Iuliia Mendel wrote on Twitter earlier Friday that Zelensky and Prystaiko met with U.S. officials and "received important data that will be studied" by Ukraine's specialists. Prystaiko said Ukraine also received British intelligence and it was similar to what the Americans had shared.

"I don't like to answer questions beginning with 'what happens if,' but, definitely, if it's proven - if we prove - that this plane was shot down, certainly, we will demand not only that all those responsible be held accountable, but also compensation," Prystaiko said.

In Washington, U.S. officials expressed "high confidence" that the Boeing 737-800 was targeted by an SA-15 surface-to-air missile, part of a Russian-made air defense system also known as a Tor system, as Iranian forces were on high alert. President Trump said the downing of the aircraft was probably a "mistake."

A Ukrainian official, speaking on the condition of anonymity because the person was not authorized to comment publicly, said Zelensky made the public request for evidence about the crash because the United States had not yet shared with Ukraine its intelligence about the missile Thursday.

"The theory that the plane was hit by a missile is not ruled out, but it is not confirmed so far," Zelensky added. Danilov wrote on Facebook that his team was considering a variety of possible causes but wanted to search for possible debris from a Tor air-defense missile, after seeing online reports about the discovery of possible fragments of one near the crash site.

The Washington Post obtained a video that allegedly shows the moment the airliner was struck in midair. The video, first published by the New York Times, purportedly shows a missile intercepting the aircraft near the city of Parand, followed by a loud boom.

Abedzadeh said that video "cannot be confirmed." If the United States and other Western countries "have any technical information [about the crash], they can provide us with it. American officials must substantiate their claims with technical evidence," he said.

Abedzadeh previously said that the pilot gave no distress call before the crash. He said the aircraft was on fire for over a minute and turned around "to come back to the airport."

"There could be different reasons why the pilot didn't contact the control tower," Abedzadeh said. "It could have been because his first priority was to save the plane."

Several minutes after takeoff, Abedzadeh said, the pilot contacted the Mehrabad airport, which also services Tehran, and asked for permission to climb to 26,000 feet. Shortly after that the plane caught fire, he said.

Earlier Friday, the Iranian government said in a statement that it was inviting Boeing to send a representative to help examine the black box containing the flight data and cockpit voice recorders. Iranian state television aired a video of an investigator opening and showing the contents of the box.

Treasury Secretary Steven Mnuchin said that his department will issue waivers for the National Transportation Safety Board and other relevant parties to join the investigation in Iran.

France's Bureau of Inquiry and Analysis for Civil Aviation Safety, an air accident investigative authority known as BEA, said it would join the probe. The plane's engine was designed by CFM International, a joint venture between French group Safran and Ohio-based GE Aviation, a subsidiary of General Electric.