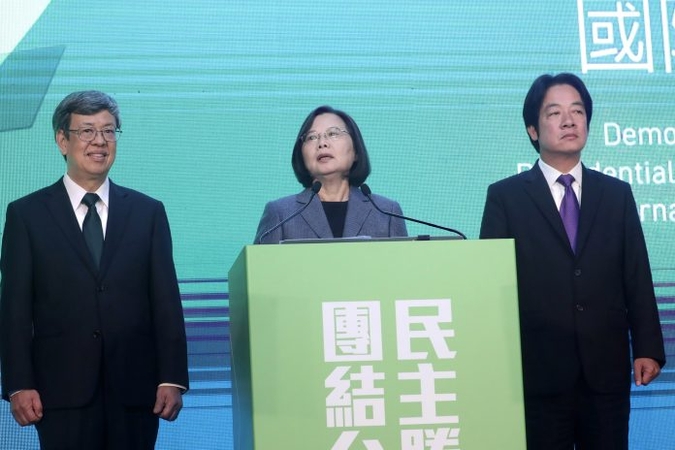 TAIPEI (The China Post/ANN) — President Tsai Ing-wen (蔡英文) called for fair opportunities in international affairs, open dialogue with China and an end to the conflicts that arose during the election campaign at her victory speech on Saturday night.

Focusing largely on cross-strait relations, Tsai said that the result of the election made it clear that Taiwanese value democratic values greatly and rejected firmly the One Country Two Systems framework proposed by Chinese President Xi Jin-ping (習近平).

Calling upon Beijing, Tsai said that both sides of the Taiwan Strait are responsible for achieving a stable relationship in the long term. It is only through peace, parity, democracy, and dialogue that both people would benefit, she added.

“Peace” means that China abandons the use of force against Taiwan, she explained. “Parity” that neither side denies the fact of others’ existence; “democracy” that the future of Taiwan must be decided by its people; and “dialogue” that both sides are able to sit down and discuss future development, she continued.

Taking her usual hard stance, Tsai called upon Beijing, saying that “democratic Taiwan and its democratically-elected government will not concede to intimidation.”

“All countries should consider Taiwan a partner, not an issue”

She thanked foreign media for witnessing the Taiwanese people’s commitment to democratic values.

“R.O.C. Taiwan is an indispensable part of the international community,” she said, and that “all countries should consider Taiwan a partner, not an issue.”

Addressing the nation, Tsai thanked voters who put democratic values into practice. “With each presidential election, Taiwan shows the world how much we cherish the democracy in Taiwan,” she said.

She promised “not to stop reflecting and improving” and “make up for areas we have fell short.”

More specifically, she said that in her next term, her administration will focus on “complete care, comprehensive infrastructure, the economy, internationalized employment and education environment, and to reduce income gap and continue to work keep country safe and defend sovereignty.”

Tsai’s victory announcement came ahead of the Central Election Committee’s official election result release which is slated for later today.

Earlier that night, Han thanked supporters and said that he had called President Tsai to concede defeat.