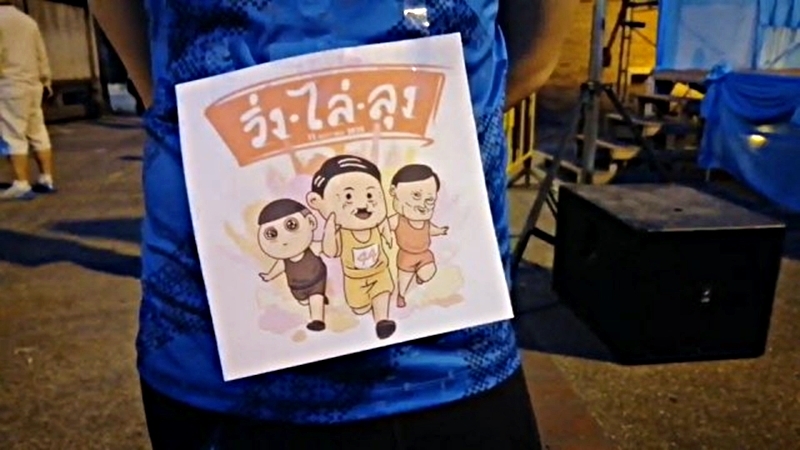 About 500 supporters of the pro-democracy campaign gathered at 6am at Tha Pae Gate in Muang district in Chiang Mai province on Sunday for the “Run Against Dictatorship” to express their symbolic opposition to the current government amid close police supervision.

Tha Pae Gate was the starting point of the 5km run. The route passed Three Kings Monument, a symbol of unity for Chiang Mai people.

Pichit Tamoon said that Sunday’s event was a success considering the number of participants and it was a good opportunity to let the authorities know that several Thai citizens are upset with the work of the government.