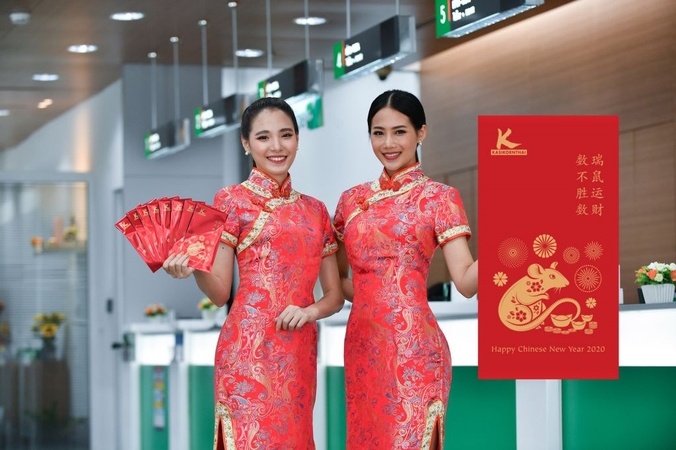 Kasikornbank is welcoming the Chinese New Year by producing Ang Pao packets -- red envelopes or packets given during holidays or special occasions.

The packet features lucky sayings “prosperity, wealth, good fortune and happiness” and an illustration of a healthy rat, a symbol of well-being, sitting with its tail embracing wealth and surrounded by ancient Chinese money, including coins and sycees (yuanbao).

The illustration shows a backdrop of fireworks lighting up the sky symbolising happiness to usher in the New Year.

The bank has produced 3 million pieces of ang pao for its customers at any Kasikornbank branch nationwide, starting from January 17.