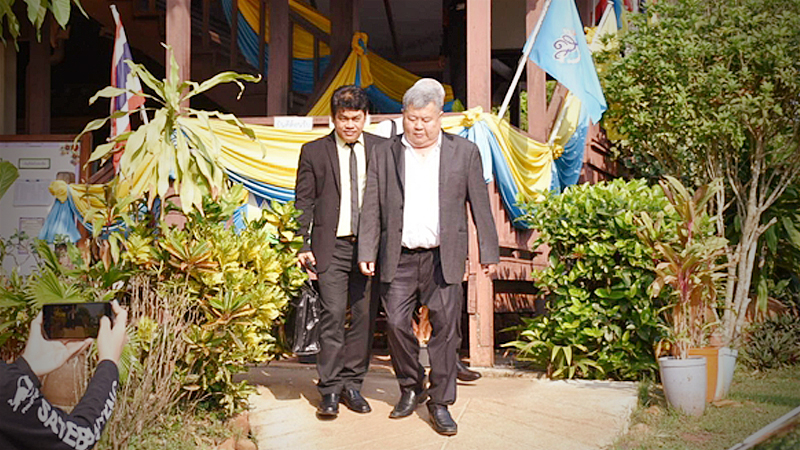 Italian-Thai Development President Premchai Karnasuta submitted a request to the Thong Pha Phum Provincial Court in Kanchanaburi province on Monday(January 13), seeking the removal of an electronic monitoring anklet he was ordered to wear as part of the conditions of his bail.

The construction tycoon said the anklet might cause injuries to his ankle which could develop into a serious health problem as someone suffering from diabetes.

After a ten-minute consideration, the court rejected Premchai’s request citing that Premchai has wounds only on the left leg while the EM anklet is worn on the right leg, thus it should not affect his health.

Premchai told the press that he is scheduled to report to the court again on the February 11 and “will return here on that day and file an appeal on the case,” he said.

Premchai and three accomplices were found guilty of trespassing and poaching in Thung Yai Naresuan Wildlife Sanctuary on February 4-6, 2018. The Appeal Court sentenced them on December 12 to jail terms ranging from 1-3 years as well as a Bt2 million compensation to the Department of National Parks, Wildlife and Plant Conservation.

They were later granted bail by the Supreme Court at Bt1 million each in cash, and ordered to wear electronic monitoring anklets and forbidden from leaving the country.