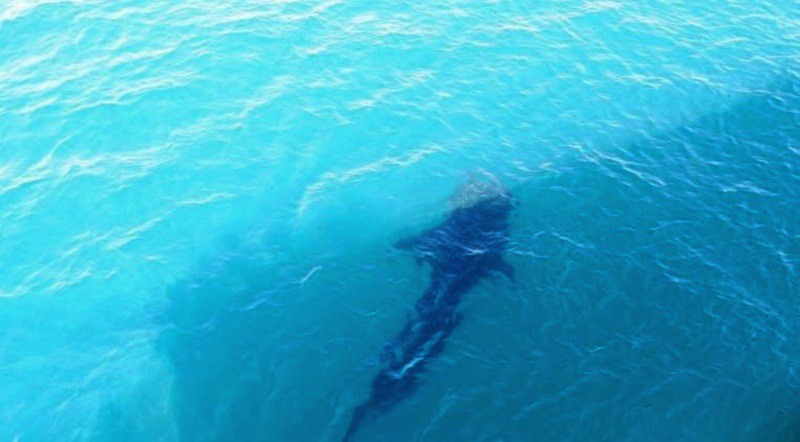 A 75-year-old German tourist was attacked by an unidentified giant fish when swimming off Nang Thong Beach in Phang Nga province with his wife. The incident resulted in gaping wounds on his right leg and had to be immediately sent for treatment at a hospital in Phuket.

The wounds on his right leg were 20 centimetres deep and the tendons were ripped apart but doctors managed to reattach the tendons and treat his wounds.

The incident occurred 6 – 7 metres from the shore to the horror of beach goers. The situation eased after no big marine creature was spotted in the water.

Marine scientist Thon Thamrongnawasawat of Kasetsart University posted on his Facebook account that the wounds suggested that it might be a bowl shark that rarely comes close to Thai coasts. It does not normally attack humans but it might have mistaken the victim as prey due to low visibility under unclear water.