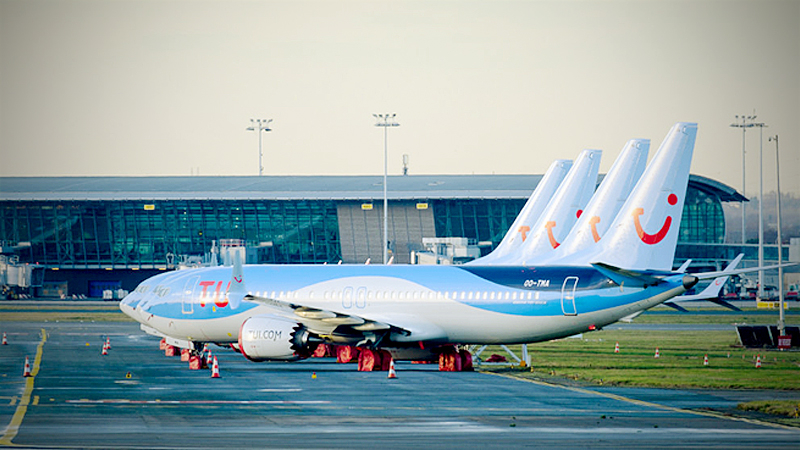 Plane crash victims' families 'sickened' by fired Boeing CEO's $62 million payout. Hundreds of people who lost loved ones aboard doomed 737 Max jets learned Friday evening that Dennis Muilenburg - the fired Boeing chief executive who presided over the flawed airplanes' development and pushed regulators to keep them in the air - will receive at least $62 million on his way out.

Family members of crash victims told The Washington Post they are "sickened" by Muilenburg's payout, saying he presided over a profit-obsessed corporate culture that led the company to cut corners.

"Boeing executives should be walking away in handcuffs, not with millions of dollars," said Zipporah Kuria, whose 55-year-old father, Joseph Waithaka, of Kenya, was among 149 passengers who died in an Ethiopian Airlines crash on March 10.

"The payment that he has received is payment that was made with our loved one's blood," Kuria said through a representative, adding: "It is chilling that what 346 families have received as support for their loss is almost as much as the man at the heart of their loss will have as a cushy retirement fund."

Muilenburg's exit is part of what will likely be remembered as the most disastrous period in Boeing's 103-year history. The company's reputation has been severely tarnished by a pair of deadly plane crashes that killed 346 people Indonesia and Ethiopia. Both flights involved the 737 Max, a new version of Boeing's 737 passenger jet.

The jets were not grounded until shortly after the second crash in mid-March of last year. Even then, Muilenburg pressured the government to allow them to fly, going so far as to personally call President Trump about the issue. Muilenburg later acknowledged that an obscure software program - interfacing with bad data from the plane's external sensors - played a role in both crashes.

Boeing's board fired Muilenburg last month in an attempt to turn the page on the ongoing crisis, of which Muilenburg has been the public face. The company also terminated Kevin McAllister, who led the company's commercial division, and agreed to pay him $14.7 million.

Muilenburg is replaced by David Calhoun, a long-time Boeing board member. Monday is Calhoun's first day on the job.

Boeing still faces unresolved legal claims from family members of those who died. The company has already set up a $100 million compensation fund for them.

But Muilenburg's own compensation package is nearly as large as what the company offered families. His $62 million in stock and pension benefits is accompanied by additional stock options worth $18.5 million. He could have received even more, but forfeited a $14.6 million severance package.

After reviewing the families' comments, a Boeing spokesman said: "We are truly sorry and offer our deepest sympathies to the families and friends who lost loved ones in the accidents of Lion Air Flight 610 and Ethiopian Airlines Flight 302."

"We know we have a deep responsibility to everyone who flies on our airplanes and we are taking action to strengthen our culture at every level and ensure safety, quality and integrity are always placed above all else," the spokesman said.

In a video posted on Boeing's website April 4, Muilenburg said: "We at Boeing are sorry for the lives lost in the recent 737 MAX accidents." He added "I cannot remember a more heart-wrenching time in my career with this great company."

At issue in the case is whether Boeing was negligent and reckless in the way that it designed the plane. Victims' families and their attorneys say the company has a corporate culture that prized financial success over safety, ultimately leading it to produce a deeply flawed aircraft.

Robert Clifford, an attorney suing Boeing on behalf of a group of individuals who lost family members in the Ethiopian crash, said Muilenburg's payout is yet another example of how Boeing has put profits over safety.

"It's outrageous for Mr. Muilenburg to take this money, and it was outrageous for Boeing to give it to him," Clifford said. "They should do something with the funds rather than rewarding failure."

In a set of internal messages disclosed to congressional investigators, one Boeing employee said in 2018: "I still haven't been forgiven by god for the covering up I did last year." Another said: "This is what these regulators get when they try and get in the way." And in 2017, long before either of the two crashes, a Boeing employee wrote: "This airplane is designed by clowns, who in turn are supervised by monkeys."

The ongoing crisis has drawn attention to the divide between Boeing's Seattle-based assembly lines and its Chicago corporate office. In the time between the Oct. 29, 2018 crash in Indonesia and the March 10, 2019 crash in Ethiopia, the company increased its stock dividend from $1.71 per share to $2.05 per share.

Michael Stumo, whose daughter, Samya, died in the Ethiopian Airlines crash, said in an interview he was "sickened" to learn that Muilenburg would receive so much on his way out. "This raises it from the level of negligence to reckless disregard for my daughter's life," he said.

When asked what Muilenburg should do next, Stumo said the former CEO should be treated "the same as someone on the factory floor who is fired for poor performance," adding that he thinks the company's financial wing has been too powerful for too long.

Paul Njoroge, who lost his wife, mother-in-law and three small children in the crash, said Muilenburg's payout is yet another example of Boeing being focused on increasing its stock to benefit top executives.

"The company is saying to the world: create a stock-focused culture and then walk big when you fail and get fired," Njoroge wrote in an email.

Navigating Boeing back to its former lofty position will be a tough task for its new CEO. As a long-time member of Boeing's board, Calhoun would have signed off on many of Muilenburg's major decisions.

In an interview last Spring with The Post, Calhoun defended the company's decision to keep the planes flying before the crash in Ethiopia.

"I don't regret that judgment," he said. "And I don't think we got it wrong at that time and that place."

Calhoun, 62, was more optimistic in a letter to Boeing employees on his first day in office.

"Working together, we will strengthen our safety culture, improve transparency and rebuild trust with our customers, regulators, suppliers and the flying public," Calhoun wrote. "With the strength of our team, I'm confident in the future of Boeing, including the 737 MAX."