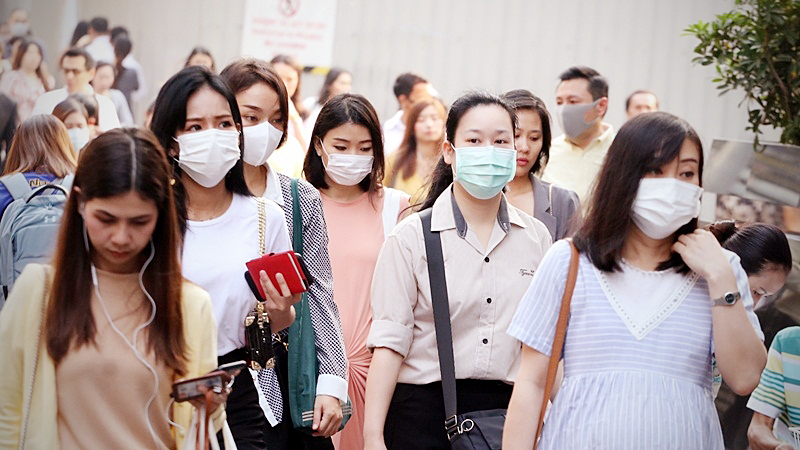 The air quality in Bangkok is getting better while it remains unsafe in parts of the North, according to a report by the Pollution Control Department.