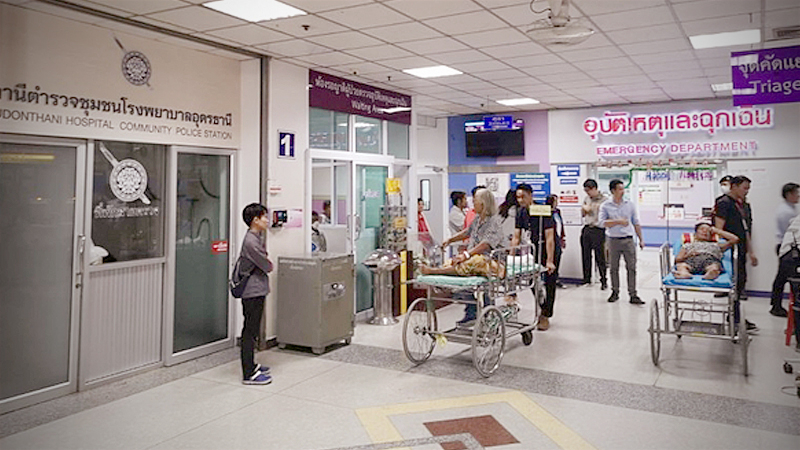 Udon Thani Hospital has established a community police station in front of its emergency room (ER) to prevent violence in hospital areas.

Dr Narong Thadadet, director of Udon Thani Hospital, said that in the past few years there had been cases of violent quarrels and fighting in the hospital’s emergency room. “The cases were reported more frequently during festival holidays when the number of road accidents and public brawling spike,” he said. “Most of the time, patients’ relatives are clashing with the other party, leading to violence to seek revenge for the dead or injured.”

To solve this problem, the hospital had reached out to Pol Maj-General Nanthachat Supphamongkol, Udon Thani Police Station commander, to discuss a possible solution. “In the past, although hospital staff called police immediately after violence broke out, it still took the police some time to reach the scene of the fight, which usually had escalated by then,” Narong said. “To eliminate the commuting time, we decided to establish a community police station right in front of the emergency room, complete with a computer, desks and chairs, as well as a coffee-maker for police stationed there.” 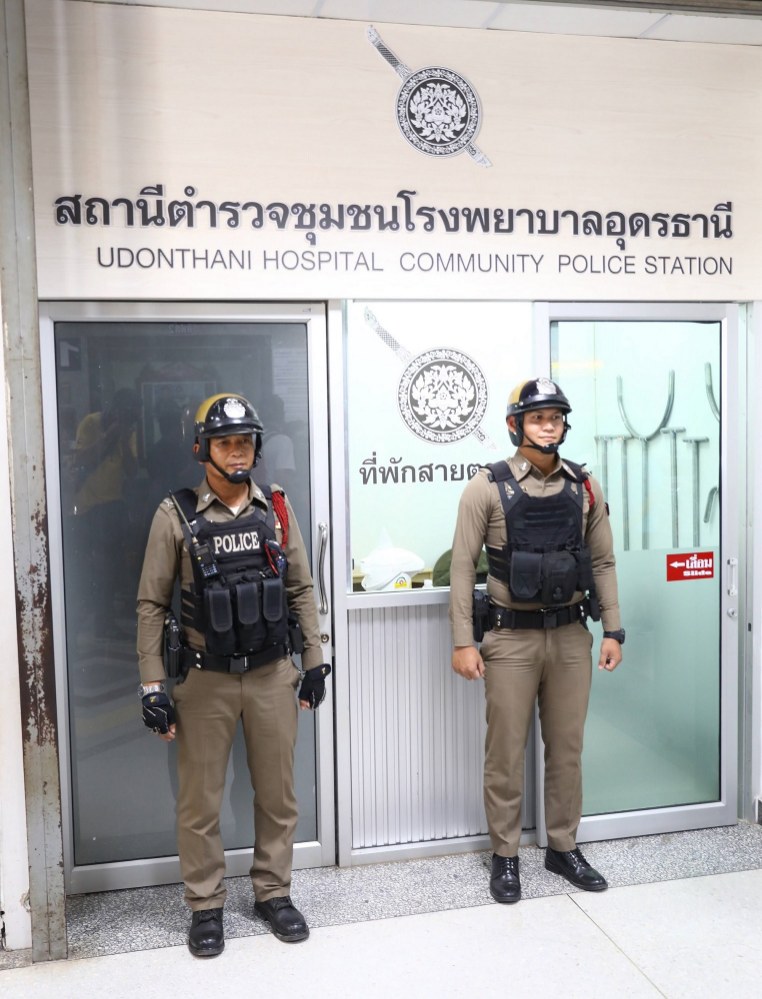 Narong added that on weekdays, police officers will take turns in patrolling around the hospital from the ER station, and will be present overnight on Friday nights and weekends since violent cases often occur after midnight.

The hospital director said that since the station was set up after New Year, there had been no reports of violence in the hospital.