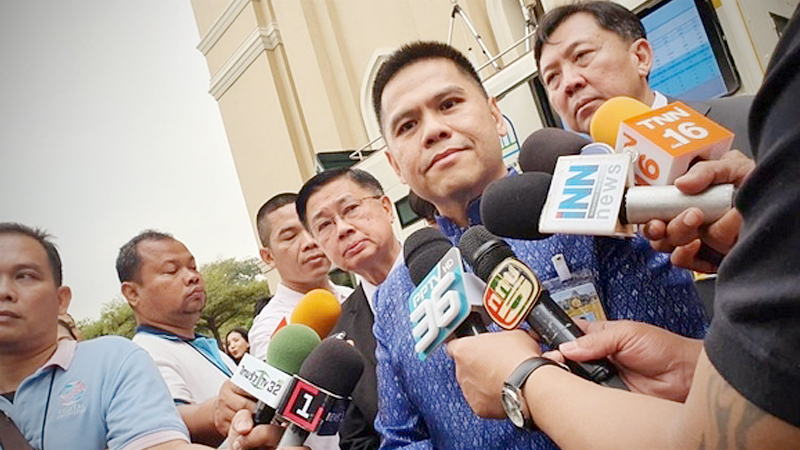 Natural Resources and Environment Minister Varawut Silpa-archa has said the government is preparing stronger measures to tackle the dust and air pollution problem.

He said seeking public cooperation by upgrading and cleaning car engines had only helped maintain the status quo. He said 72 per cent of the problem in Bangkok came from vehicles -- 20 per cent from trucks, 20 per cent from pickup trucks, the industrial sector 18 per cent and other types of cars 14 per cent.

He said the government was looking at adopting the South Korean model of not allowing car use in the city.

Varawut added that the weather also played a part in the problem as there was a low-pressure cover over the area at the beginning of the year, which will get weaker in the middle of the year allowing the dust particles to be blown away.