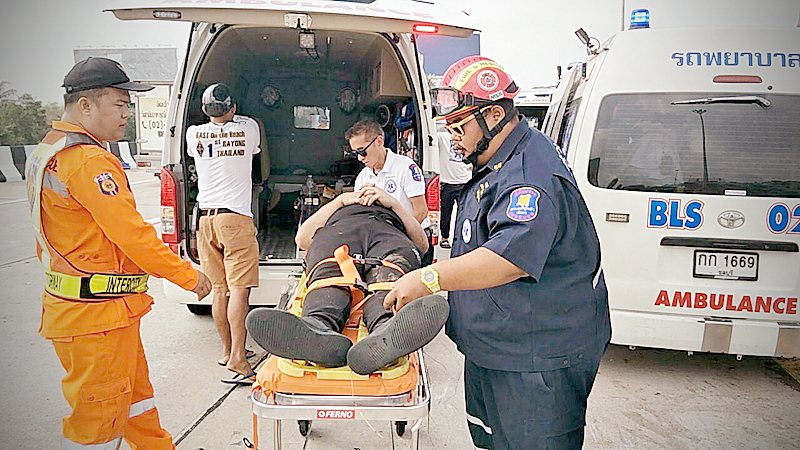 Eight British nationals and the driver of the van they were travelling in were injured, three critically, in a road accident in Chonburi.

The police and rescue staff from Sawang Boriboon Foundation found a bronze Toyota van with Bangkok licence plate 36-0989 had crashed into a road island barricade. The front bumper of the vehicle was severely wrecked. 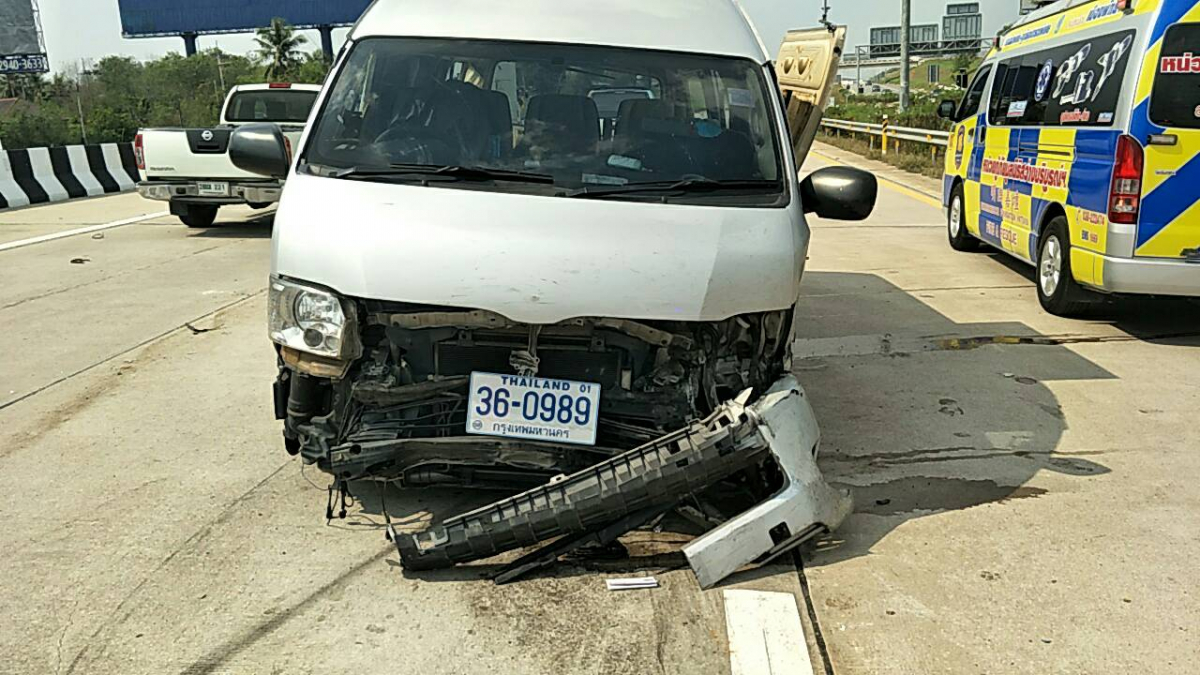 The driver, Thanakorn To-iam, 53, suffered injuries to his right leg and nose, while his eight British passengers sustained different levels of injuries, with three being in a critical condition. They were all rushed to Bangkok Pattaya Hospital.

Thanakorn told police he had picked up his passengers at Suvarnabhumi Airport and was heading to tourist attractions in Pattaya when the van's rear left tyre exploded on the motorway, causing him to lose control of the vehicle and crash into the barricade.

Police are investigating and examining evidence, including dash-cam footage and tyre tracks to find if the driver’s version of events is true.