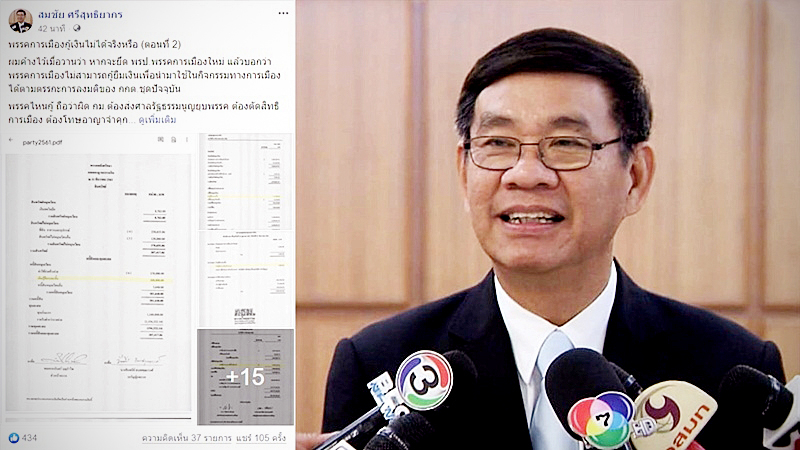 Former member of the Election Commission (EC) Somchai Srisutthiyakorn has posted photos on Facebook of financial statements that he claims 18 parties, including the Future Forward Party, sent to the EC in May 2019 showing the number of loans made by each party, and questioned the integrity of the commission.

He wrote in his post that according to Thailand’s organic law on political parties, parties cannot request loans to facilitate political activities. He alleged that Future Forward is not the only party that has been involved with loans.