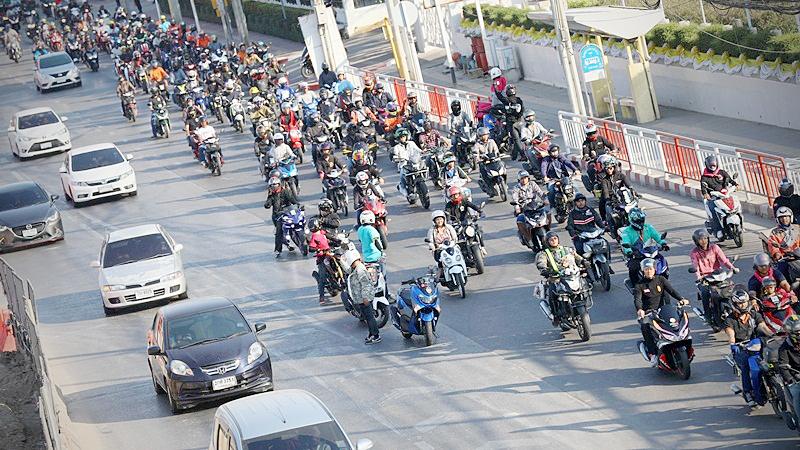 Driving at less than 90 km/hour on the outer lane of a road with four lanes or more will not be allowed, said Transport Minister Saksayam Chidchob on Monday (January 13).

Speed limits, not exceeding 120 km/hr, on these roads are being revised with an official announcement expected in March. Saksayam, meanwhile, urged drivers driving at less than 90 km/h not to use the outer lane of a multi-lane road.

The penalty for driving on the outer lane at less than 90 km/h will be the same as drivers charged with exceeding the speed limit of 120 km/hr on any lane of the road. It will include a reduction of the driver's licence points,

The new measures, aimed at enhancing road safety and solving traffic problems, will be proposed for consideration by the Office of Transport and Traffic Policy and Planning Committee in February, he said.

In addition, the ministry is working on increasing waiting areas for trucks along Kanchanaphisek Road (Special highway no. 9) in all four directions, in line with a policy to limit the period trucks are allowed to enter certain areas in Bangkok. A daily average of 50,000 trucks are expected at the resting areas.

The ministry might invite private sectors for the project.