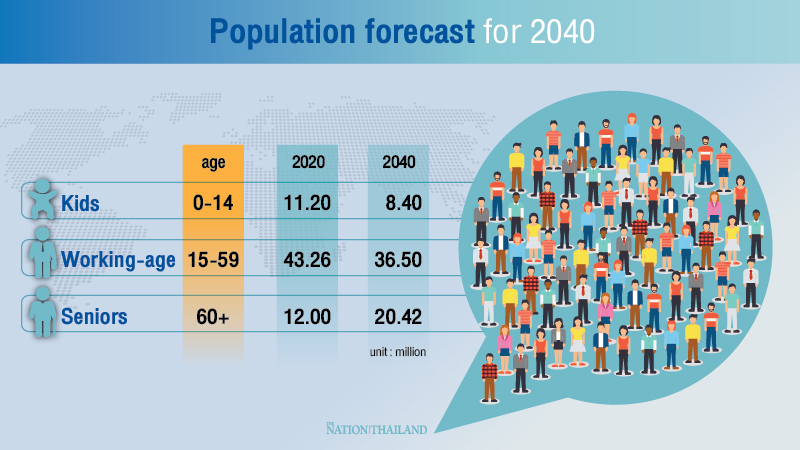 The working-age population will witness a downward trend, from 43.2 million to 36.5 million, with the rate of newborns at -0.2 per cent, the National Economic and Social Development Board (NESDC) said.

The NESDC forecasts that the Thai population will increase from 66.5 million to 67.2 million by 2028, but will then decrease by 0.2 per cent every year resulting in a population of 65.4 million in 2040.

The eastern region has the highest population growth of 5.3 per cent per year, especially the three provinces of Chachoengsao, Chon Buri and Rayong, which are part of the Eastern Economic Corridor special development zone.