Korn made the announcement on Tuesday (January 14) evening, when members of Parliament and former MPs of the Democrat Party organised a New Year’s party for its former leader and ex-PM Abhisit Vejjajiva.

Korn got on the stage and sang “Rak Ther Sameu” (I’ll always love you), a hit song from 1990s in tears. He was joined by others, who were also in tears. When the song ended, Abhisit gave him a hug. 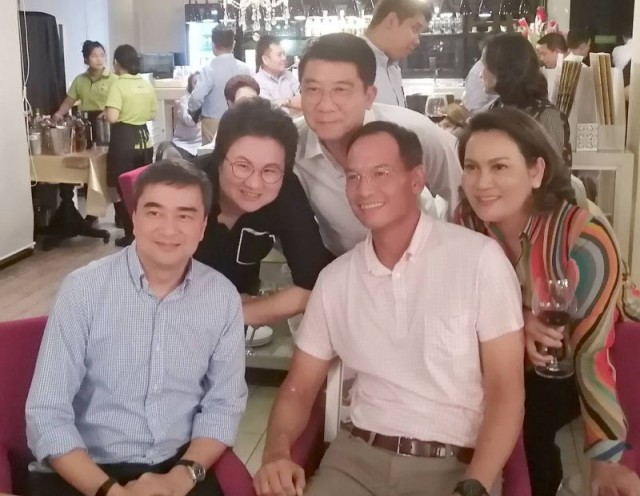 Korn said the reason for his resignation was he thought he had already fulfilled his duty as an MP after the 2020 Budget Act had been approved by Parliament. Korn joined the Democrat Party in 2005 and served for 15 consecutive years.

Before the event concluded, Abhisit gave a speech encouraging all MPs to maintain the political ideology of the party and commit to solving the country’s problems. He vowed to assist all party members in any way he could, provided they did not go against his beliefs and ideology. “Our bonds are stronger than any crises,” he said. “I wish all of you a good year, good health and good commitment to progress forward together.”