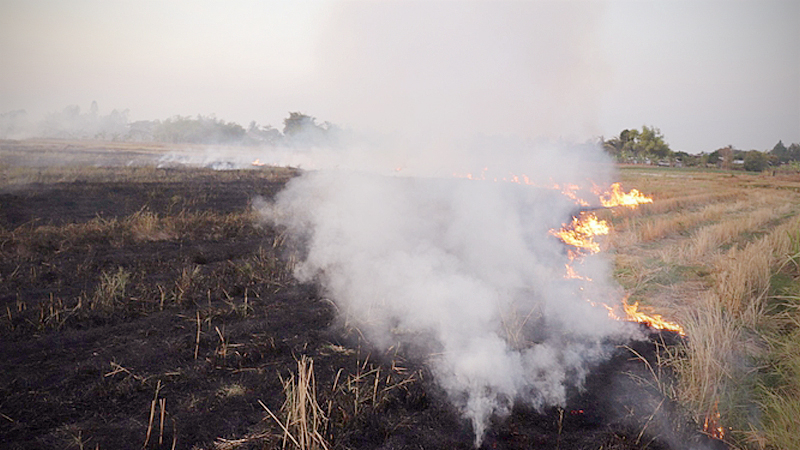 The Suphanburi provincial authority is offering a reward of Bt100,000 to anyone who gives a tip-off about sugar cane fields being burned while other province administrations have also stepped up efforts to curb air pollution during the harvesting time

With smog posing a major threat to public health, many provincial authorities are taking measures to fight smoke emissions, which are mostly caused by the burning of agricultural fields, especially for sugarcane harvesting.

Suphanburi Governor Nimit Wanchaithanawong had called all agencies, sugar factory owners and district chiefs on Monday (January 13) to find a solution to the problem of smoke and law enforcement after delaying the agricultural burning ban for a year for locals to adapt to the new measure. However, some farmers continue to burn their fields, especially at night. The governor has announced a reward to people who inform authorities of any such violations by farm owners.

Meanwhile, Lampang, Phrae, Kamphaeng Phet, Phetchabun and other provinces, where there are sugarcane plantations, will encourage farmers to use other methods for harvesting and also install more PM2.5 detectors.