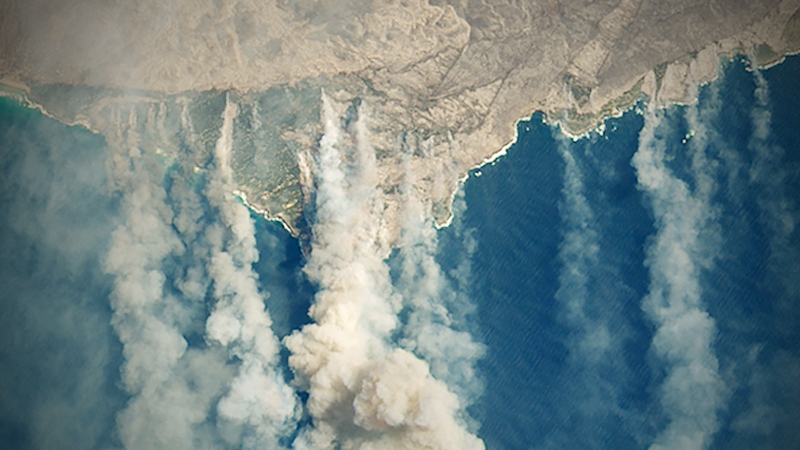 It took an epic natural disaster to publicly surface the long-standing tension within one of the world's wealthiest and most powerful families.

In an unusual, brief statement, James and Kathryn Murdoch voiced their "frustration" this week with what they see as the Murdoch family empire's role in climate change denial. The comments, while focused narrowly on the way Murdoch-owned media properties have covered the wildfires in Australia, highlighted the family's underlying discord. (The fires have claimed 27 lives and an estimated 1 billion animals.)

Since James officially left the company founded by his father Rupert Murdoch - after having lost out to his older brother, Lachlan, in a succession race - James and his wife, Kathryn, have become increasingly outspoken about their views. Many of their perspectives directly contradict the editorial direction of the Murdochs' properties, including Fox News and News Corp. Australia, the most dominant force in the Australian media landscape.

"Kathryn and James' views on climate are well established and their frustration with some of the News Corp. and Fox coverage of the topic is also well known," a spokesperson for the couple wrote in an email to The Washington Post, confirming the previously released statement to the Daily Beast.

"They are particularly disappointed with the ongoing denial among the news outlets in Australia given obvious evidence to the contrary," the statement continued.

News Corp. Australia publishes more than 140 newspapers and employs 3,000 journalists in print, broadcast, and online. Some columnists in Murdoch's Australian outlets have deemed those who attribute the fires to climate change as "hysterical," even though most scientists say otherwise. Fox News prime-time host Laura Ingraham recently dismissed the "climate-change flameout" as "celebrities in the media" pressing "the narrative that wildfires in Australia are caused by climate change."

Representatives for News Corp. declined to respond to the joint statement but referred The Post to an editorial published last week in the Australian, a company-owned newspaper, that decried coverage in the New York Times and the Guardian Australia for "willfully and ineptly" misrepresenting The Australian's coverage of the wildfires as "climate denial."

James and Kathryn Murdoch's comments are the latest in a series of moves distancing themselves from the company James and his siblings were raised to inherit and run.

James Murdoch has chafed for years against the direction of his father's empire. Inaction on climate change and climate denialism are just one element of that dissatisfaction.

When the younger Murdoch son was an executive in his father's company, he often ran up against his father's loyalists who dismissed his authority.

Former executives of the company who worked with James and requested anonymity to speak frankly about their former employer say James is "thrilled" to be out of the company and free to express his views without looking over his shoulder to wonder what his father and brother think.

In the spring, James said in an interview with the New Yorker that he was "very lucky to have the opportunity at this point to make a clean break, and literally have an empty slate." In the same interview, he said that "there are views I really disagree with on Fox," a statement that surprised few within the Fox firmament.

James was long at odds with Fox News' late founder, Roger Ailes, and James pushed to have Ailes fired after he was accused of sexually harassing and assaulting women who worked for him. (Ailes, who died in 2017, was forced to resign in the summer of 2016 and received a $40 million payout from the company.)

Kathryn, too, made her dim opinion of Fox News and Ailes well known when her husband was an executive at Fox News' parent company.

Kathryn and James were not available to comment. A spokesperson for Fox News did not respond to a request for comment.

The sale of most of 21st Century Fox to Disney last year netted each of Rupert Murdoch's children $2 billion. With that money, Kathryn and James Murdoch have doubled down on a wide range of philanthropic causes. They created the Quadrivium Foundation, which says it "invests in evidence-based solutions to some of society's most urgent challenges."

James also founded Lupa Systems, a private investment company named after the Roman goddess who nursed the mythical Romulus and Remus. (It is exactly the kind of historical reference that used to draw eyerolls from Rupert Murdoch's executives, when they were forced to work alongside their boss' sons.)

Since leaving the family business, James has also bought a controlling stake in the Tribeca Film Festival; he put money into Artists Writers & Artisans, a company that produces comics and graphic novels; and invested in the Void, a virtual-reality-entertainment company. He also recently bought a stake in Vice.

Even when he was an executive at his father's company, James' values were on display. When he ran the paid-television division Sky, he turned that entity into a carbon-neutral operation. "A lot of people are worried about climate change but are waiting for someone else to do something about it," he said in a 2006 statement. "We are showing that you can take action."

In her bio, Kathryn notes that she is "an advocate for improving science communications." She is a trustee of the Environmental Defense Fund and Climate Central, and is a founding trustee of SciLine, a group that connects scientific experts with journalists. From 2007 to 2011, she served as the director of strategy and communications for the Clinton Climate Initiative. She also serves on the board of the Climate Leadership Council, a group focused on establishing Republican support for climate solutions.

In an interview with the New York Times last fall, Kathryn said that she decided to work to stem climate change after hearing Al Gore speak at the Fox retreat in 2006. The former vice president had recently made "An Inconvenient Truth," and presented an abridged version of its findings at the retreat. "I decided to switch everything I was doing," she said. "I wanted to be able to look my children in the eye and say 'I did everything I could.' "

After the Murdoch family elected to sell most of its media empire to Disney, James was eager to move away from the family company, according to former executives and friends whom he spoke to at the time. His older brother, Lachlan, elected to stay behind and run what has become Fox Corp., which encompasses Fox News, Fox Sports, Fox Entertainment and Fox TV stations. (All of the company's movie studios and most of its television production capabilities, along with National Geographic, were sold for $71 billion to Disney.)

On Monday, Fox Corp. announced that it was donating $3.5 million to fire relief efforts in Australia. That donation is in addition to about $2.8 million that the company said Rupert and Lachlan Murdoch have donated individually.

Rupert Murdoch released a statement announcing the donation: "It is clear that confronting the bush fire disaster in Australia requires both an immediate response and an ongoing investment in rebuilding the lives and livelihoods of those most affected by the fires across the country. As a company with roots in Australia and an abiding commitment to its people and communities, we are determined to help, both in this time of great need, and well into the future, as the hard work of restoration continues."