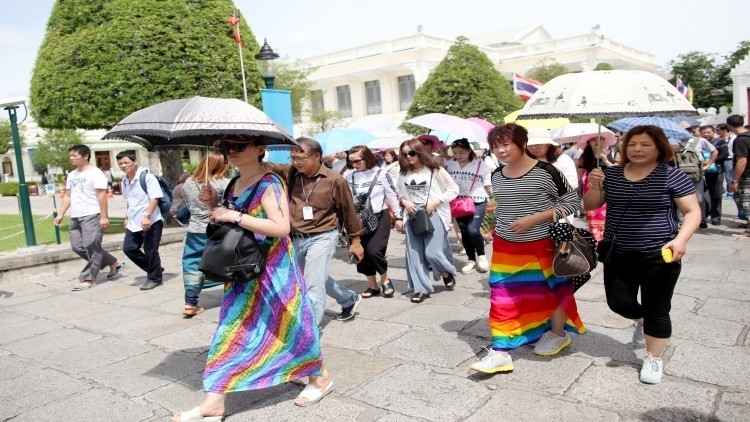 The Tourism Authority of Thailand (TAT) has expressed confidence that the number of Chinese tourists visiting the Kingdom during Chinese New Year will not be affected by the recent coronavirus infections.

Regarding the World Health Organisation’s warning to the Thai government to closely monitor the situation of coronavirus 2019 that could be transmitted from human to human, TAT governor Yutthasak Supasorn said he was confident the virus would not affect travelling Chinese tourists who will visit Thailand during Chinese New Year, which starts from January 25. “Foreign tourists can rest assured when visiting Thailand that government agencies have employed the highest level of surveillance measures to deal with the coronavirus,” he said.

Yutthasak estimated that during Chinese New Year, some 1,016,000 foreign tourists will visit the Kingdom, increasing 1.5 per cent year on year. “We expect spending of Bt21.74 billion from these tourists during the festival, a 1.6 per cent increase from last year,” he added. “The extension of the visa on arrival period for Chinese tourists to June 30 could attract around 312,000 Chinese tourists to the country, where they will spend at least Bt8.4 billion.”

“We hope that these activities will be attended by local tourists, estimated at around 437,000 persons per province, generating tourist income of around Bt2.26 billion to local retail shops and accommodation entrepreneurs.”

The TAT governor added that he will join the Cabinet’s economic meeting on January 31 to discuss measures to attract more foreign tourists, which might include offering free visa to Chinese and Indian tourists to make sure that the number of foreign tourists in 2020 hits the target of 40.8 million persons and generates income of Bt2.06 trillion.

Related Story: Amid risk of epidemic, WHO urges Thai hospitals to step up monitoring during Chinese New Year