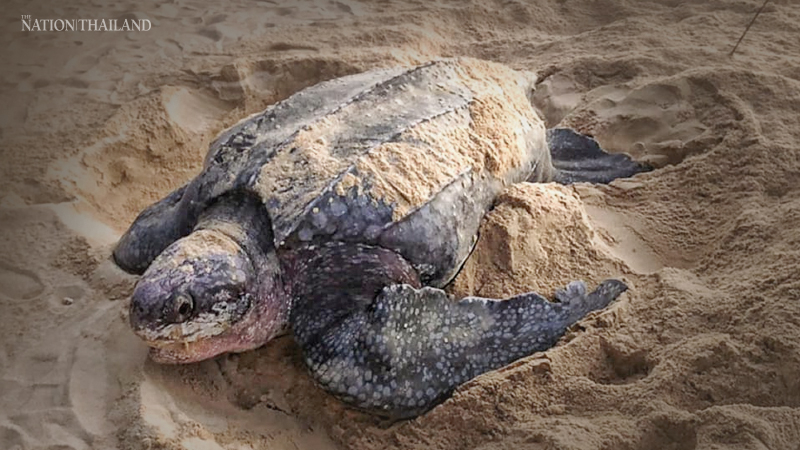 The annual egg watch is underway at Khao Lampi-Hat Thai Mueang National Park in Phang Nga, where up to 85 leatherback turtle hatchlings are due to make their dash to the Andaman Sea on Friday and Saturday (January 17 and 18).

Park officials and staff of the Surveillance and Monitoring Centre for Leatherback Turtles on Thursday gently moved 85 healthy eggs from a place on Hat Thai Mueang Beach where an adult female was seen nesting – the first spawning of the season – to another sandy locale near the park office.

From there, the emerging babies will have quicker and safer access to the sea.

They have to incubate just under the surface for 65 days, which puts their birthdays at the end of this week.

Park official Nipon Srisamut said the sand above the eggs was being monitored round the clock. “When the sand where they’re embedded collapses, it means the baby turtles are climbing out of their shells.”

With human involvement limited to taking photos and videos, the hatchlings will be allowed to claw their own way out of the hole and rely on natural instinct to find the direction to the sea.