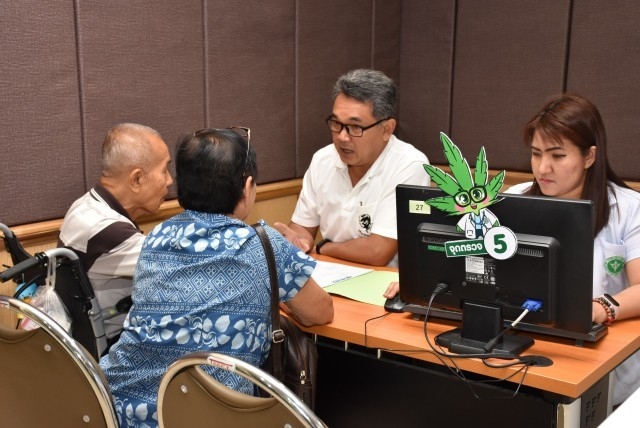 The country’s first marijuana-based clinic is bustling with patients just 10 days after it opened with more than 4,000 seeing the doctor and 12,000 people seeking appointments until March.

Public Health Minister Anutin Charnvirakul said after visiting the marijuana-based clinic, which is run under the supervision of the Health Minister, that plenty of people were interested in marijuana treatment. The clinic has been visited by 4,639 patients, who had booked their appointments in advance through an application process. More than 12,000 people have booked appointments up to March.

Anutin added that the clinic has dispensed drugs that contain marijuana as an ingredient to patients who need it. They included 8,094 hemp oil bottles using the Ajarn Decha formula and almost 2,000 traditional medicines. Many of these patients came to treat insomnia, migraine disorders, pain in the joints and back pain among others.