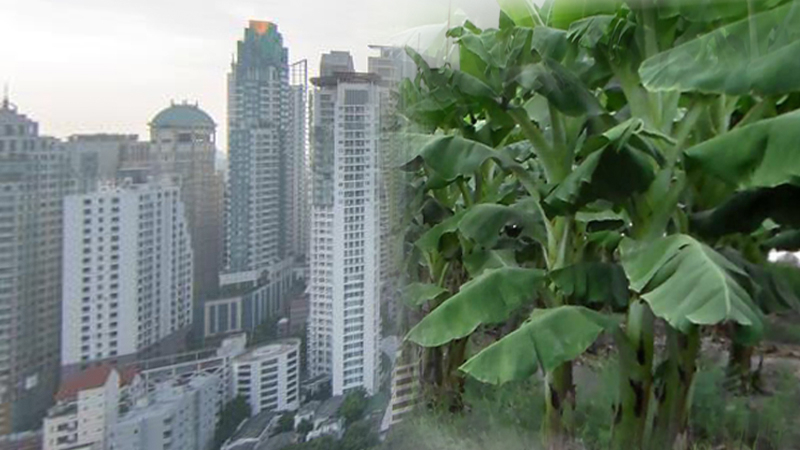 Many landowners are growing fruits and vegetables in expensive Bangkok to escape the newly launched tax on vacant land.

In a recent case, numerous banana trees were found to have been grown on an expensive piece of land near Naradhiwat-Rajanagarindra Road.

To avoid the tax rate on undeveloped land, according to the new land and building tax act, some landowners had decided to grow banana or lime trees on their land to pay the lower tax rate for agricultural use of land.

The land and building tax act 2019 came into effect on January 1. The law states that owners of vacant land should pay a higher tax rate than those who used their land for agricultural, residential or commercial purposes.

Owners who want to hold on to their land at profitable locations have decided to grow fruit trees such as lime, banana or papaya to avoid payment of tax on vacant land.

This model of “agricultural” use of land has spread to prime locations in Bangkok such as along Ratchadaphisek, Rama IX and Ekamai roads.

Managing partner at Phoenix Property Development and Consultancy, Surachet Kongcheep, revealed that almost all vacant land in the capital would be used for agricultural purposes. “This kind of tax avoidance will decrease the government’s revenue,” he added.

Recently, a land measuring 3 rai on Naradhiwat-Rajanagarindra Road was found to be used for growing bananas. The land is just about 100 metres from Empire Tower, one of the skyscrapers in Bangkok.