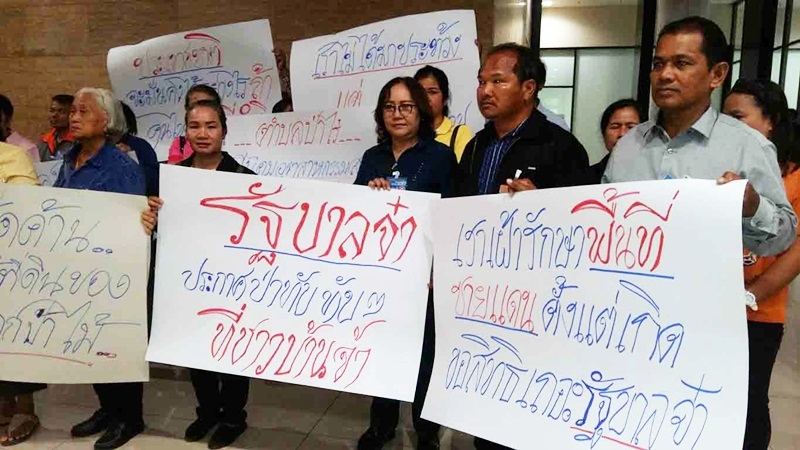 Fifty residents of Aranyaprathet district in Sa Kaeo filed a letter of complaint at the Parliament Building on Thursday (January 16) over the Army’s request to continue using Royal Forest Department woodland there for another 30 years.

A community survey conducted in September found residents unanimous in their opposition to the extension, but district officials took no further action, they claim.

Their letter was delivered to a House of Representatives committee and contact has been established with the citizens.

They were told the matter would be taken to Prime Minister Prayut Chan-o-cha.

Residents said they would file the same letter with the Forest Department on Friday in the hope of assuring progress.