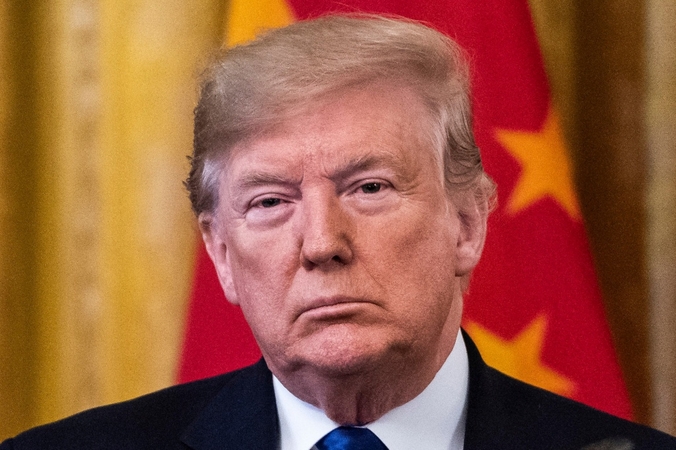 The Trump era has ushered in the largest happiness gap between white and nonwhite Americans in nearly two decades, new Gallup polling shows.

More than 90% of white Americans say they are "very" or "fairly" happy these days, a number that has held steady since early 2000s. But only 77% of nonwhites can say the same, which is 11 percentage points lower than the last time Gallup posed the question early in the Obama years.

For most of the past two decades, whites and nonwhites were generally a few points apart on happiness. That briefly changed in 2005, when the federal government's botched response to Hurricane Katrina in New Orleans was interpreted by many black Americans as a sign of institutional racism. That year, nonwhites were 10 percentage points less likely to report being happy than whites. But today 14-point gap is even larger.

Record nonwhite discontent in the era of a president who weaponizes racial resentment may not come as a particular surprise. In 2018, nearly half of American Latinos said their circumstances had worsened in the first year of the Trump administration. Last summer, 80% of black Americans and 55% of Hispanics told Quinnipiac they consider Trump a racist. The Trump era also has coincided with an upsurge in hate crimes, particularly against Hispanics.

The relative unhappiness of nonwhites has driven the overall level of American happiness to its lowest level in more than a half-century of polling. Overall, Gallup reports, 86% of Americans report being "somewhat" or "fairly" happy, marking the fifth time happiness has fallen below 90% in 23 readings since 1948. The share who say they're "not too happy" has more than doubled since 2007.

Previous Gallup research has found that Americans have grown more stressed, worried and angry during the Trump era. Last year. the United Nations' seventh World Happiness Report found the United States ranked 19th in the world for happiness, a slide of five places relative to 2017.

The growing gloominess is at odds with the many of the most closely watched economic indicators: U.S. stocks continue to break their own record highs; unemployment hovers near 50-year lows; and the United States is in the midst of its longest economic expansion in history.

For a time, many economists and policymakers assumed the top-line numbers could serve as a rough proxy for quality of life in America. This assumption made a fair amount of sense in the era of shared prosperity in the middle of the last century. Employee wages kept pace with shareholder profits. The necessities of life - a decent home, a quality education, good medical care - were more or less affordable for workers in the middle of the income distribution.

But in the past few decades, more and more of the economy's spoils have flowed to the already wealthy, leaving less for everyone else. A surging stock market doesn't mean much to the more than 50% of Americans who own no stocks. Unemployment may be low, but many workers find themselves stuck in low-paying jobs that don't cover basic necessities.