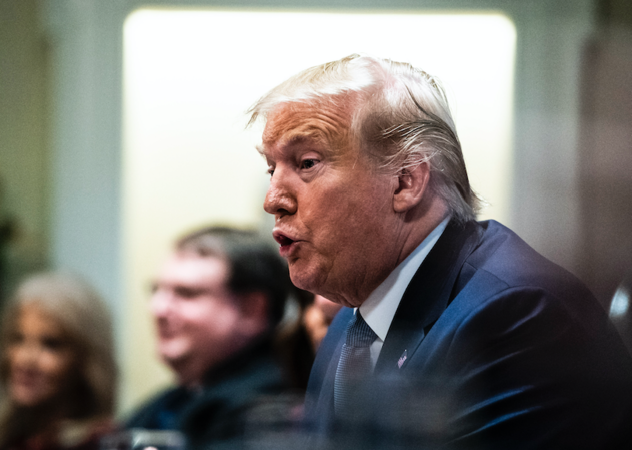 MEXICO CITY -- Mexico expressed optimism on Friday that the new North American trade treaty would result in improved relations with the Trump administration and shield this country from the kind of economic threats that brought it to the brink of crisis last year.

President Donald Trump warned in June that he would impose crushing tariffs unless Mexico cracked down on the thousands of Central Americans transiting the country.

Not only is Trump more invested in the new pact, which was negotiated by his government, but many Democrats in Congress signed on after extracting commitments for tighter enforcement of labor regulations in Mexico, Seade noted.

And the treaty, known as USMCA, creates an elaborate mechanism to resolve disputes, with three-member panels of independent experts. While the system was designed to resolve labor disagreements, it could be used for other issues, said Seade.

"NAFTA never gave us effective defenses for disputes of this kind," said Seade, who is the Foreign Ministry's undersecretary for North America and also served as Mexico's top negotiator on the treaty. The U.S.-Mexico-Canada pact provides "better defenses. We have a binational system, based in law, which is fair," he said.

The new treaty was overwhelmingly ratified by the U.S. Senate on Thursday, after passing the House. Mexico has already endorsed it, and Canada's Parliament is expected to follow suit.

Its completion comes as Mexico's often rocky relations with Washington appear to have stabilized - for now.

Faced with the tariff threat, the leftist government of Andres Manuel Lopez Obrador drastically increased its detention of Central American migrants and asylum-seekers, contributing to a steep drop in apprehensions at the U.S. border.

But the Trump administration appears increasingly concerned about escalating violence in Mexico. The U.S. president recently warned he would label Mexican drug cartels as terrorist groups - a move that raised concerns of fallout for this country's economy. Trump later backed off the decision.

Trump harshly attacked Mexico during the 2016 presidential campaign, saying it sent criminals and rapists across the border and is "not our friend." Mexicans fear they could come under attack again in this year's U.S. presidential race.

"From here to the elections, no one knows what will happen," Seade said, noting that the U.S. government "has a very long track record of seeking unilateral measures, stemming from political needs."

"Nobody is dreaming this will end," he said, but added that he was optimistic about a "greater spirit of honoring" the treaty.

USMCA will replace the North American Free Trade Agreement, which took effect in 1994.

Mexico became the No. 1 American trade partner in 2019, amid Trump's trade war with China.