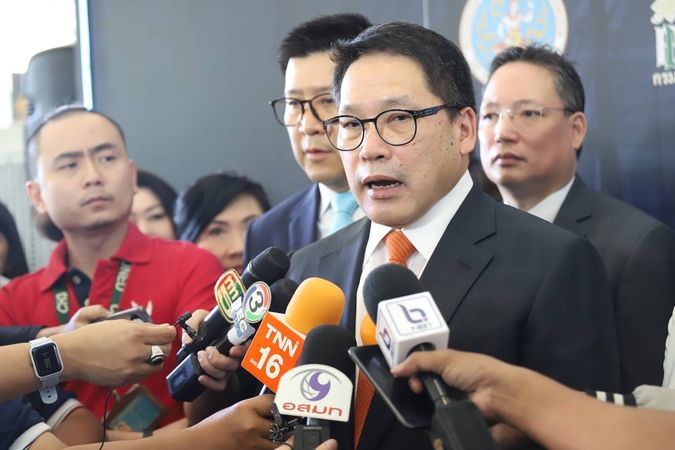 Finance Minister Uttama Savanayana said on Saturday (January 18) that his ministry is working with related agencies to launch the “2020: The year of investment” campaign, which will be presented to the Cabinet for approval soon.

“This campaign aims to drive the country towards a modern economy, where investment in domestic infrastructure is vital in attracting foreign companies as well as preparing the country for external challenges due to the global economic situation,” he said.

Uttama said the campaign will feature various measures to support domestic entrepreneurs in upgrading their facilities, machines, technology as well as manpower to increase productivity and competitiveness in the global arena.

“State and commercial banks will join in the campaign to make sure that these entrepreneurs can access adequate funds,” he said.

“Meanwhile, the government will grant tax privileges to reduce the cost of investment even lower than the current tax deductible rate of 1.5 times of investment value.

“The latest survey by the ministry revealed that most companies in the private sector are looking to expand their businesses despite the economic slowdown,” added Uttama. “This campaign will help large-scale operators, small and medium enterprises as well as startups, as we are aiming to spread investments across all industrial sectors.

“Thanks to the appreciation of the baht, there is no better time than now to invest by importing machines and equipment from overseas at lower prices than before. Industrial expansion would also help boost domestic employment and, consequently, consumption,” added the finance minister.

Uttama said the Bureau of the Budget and the Comptroller-General’s Department were preparing disbursement of the 2020 budget of over Bt1 trillion, which should start around the second quarter, leaving enough time for the campaign to be approved by the Cabinet before the disbursement begins.