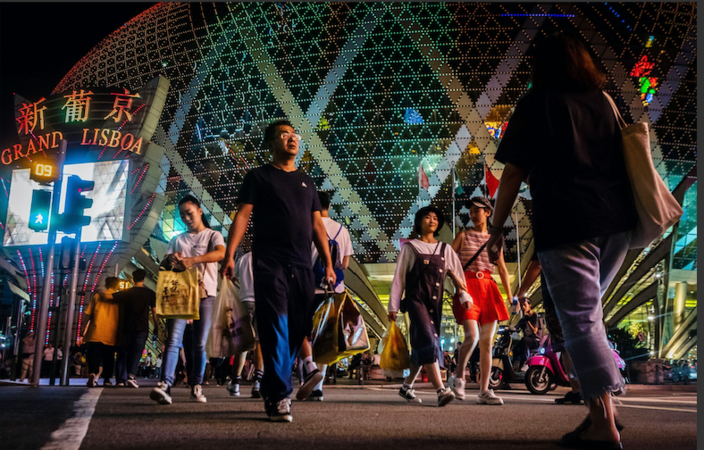 China was long notorious for its one-child policy. After it took effect in the late 1970s, population growth began to slow - which was the point. The country's leaders wanted to ensure that economic growth would outstrip demographic growth, however steep the price. Particularly stark was the decline in female babies, as some families prioritized keeping males instead.

The original policy did allow for some exceptions, and in 2015, China relented somewhat, shifting to a two-child rule.

But as the latest figures from China's National Bureau of Statistics show, the change has not produced more babies. The country's birthrate in 2019 was the lowest in the seven decades since the founding of the People's Republic of China.

China is not alone. Many other countries, including Cuba, Germany, Hungary and Japan, face declining birthrates. Each of these five countries, though, is taking a different approach to the challenges this trend poses.

China's birthrate has been falling for years, and in 2019 it hit 10.48 per thousand, the lowest since 1949, according to China's National Bureau of Statistics. Despite the low number of new babies, the country's overall population grew, because of a simultaneous decline in death rates.

Still, China's government is worried and looking to slow the trend it intentionally set in motion. The country's share of aging people is growing fast, while the number of young people, the core of the workforce, continues to decline.

The problem, experts say, is that just because people can legally have another child now does not mean they will. A host of calculations goes into the decision to procreate, including affordability. There have not, for example, been additional overhauls of child-care and paternity-leave policies to make a second child more feasible.

Birthrates in much of Latin America are declining - but Cuba stands out. The country's low birth and fertility rates, coupled with steady emigration, means the population has long been shrinking. At the same time, Cuba has the oldest population in Latin America, putting further pressure on working-age people.

"Developed countries have low infant mortality, birth and fertility rates, but their populations don't drop, because they receive immigrants," Antonio Aja Díaz, with the Center for Demographic Studies at the University of Havana, told the Miami Herald. "But that's not the case of Cuba."

Part of the problem is that for years the government pushed political opponents - and anyone seeking a different kind of life - to emigrate. For now, Cuba's demographic factors do not appear to be changing.

Germany and China both have declining birthrates coupled with population growth, but for very different reasons.

While birthrates in Germany are steadily low, the country's overall population size has continued to grow because of the recent influx of more than 1 million migrants and asylum seekers. These new demographics have also been a boost for Europe's largest economy: Without this new generation, Germany would have been beset by an aging workforce and not enough people to maintain it.

Germany's population reached a record 83.2 million in 2019, though the rate of growth was the lowest since 2012. The country has also been reducing its openness to new migrants, in a possible harbinger of changes to come.

In the face of population decline, Hungary's government has decided that fertility clinics could be the answer.

Prime Minister Viktor Orban is a staunch nationalist vehemently opposed to immigration. So he is turning to government-run fertility clinics, one of a number of top-down policies he has instituted aimed at reversing Hungary's falling birthrate and labor shortages without having to let anyone new, and not ethnically Hungarian, into the country.

In December, Orban's government announced the purchase of six private clinics with in vitro fertilization as a specialty. Facing a matter of "national strategic importance," the government said it was taking control of the IVF facilities and exempting them from anti-competition restrictions. As of 2020, the state now offers free fertility-treatment drugs in these clinics. Orban has also established tax benefits and loans beneficial for families in his effort to kick-start more reproduction.

Reproduction in Japan was never state-controlled as in China, but birthrates have been on a steady decline. While many economically developed countries are facing similar drops, the numbers in Japan are stark: The population is expected to decline from 127 million in 2018 to 88 million by 2065. Every year, 500 schools close because there are not enough students to fill them. Japan needs more babies or an influx of new people to keep the economy growing.

Yet discussions around population rates in Japan continue to skirt a politically charged word: "immigration." In 2018, Prime Minister Shinzo Abe's government proposed a controversial (by Japan's standards) proposal to bring in hundreds of thousands of foreign workers. The bill sparked outrage among some lawmakers, who decried it as a back door to starting an immigration process.

This strategy also faced criticism among those who favored a more open approach to immigration.

"The problem is that Japan's unwillingness to acknowledge that it is accepting immigrants means no government funds are allocated for integration efforts, and there is no law against hate speech or discrimination against foreigners," The Washington Post's Simon Denyer reported.