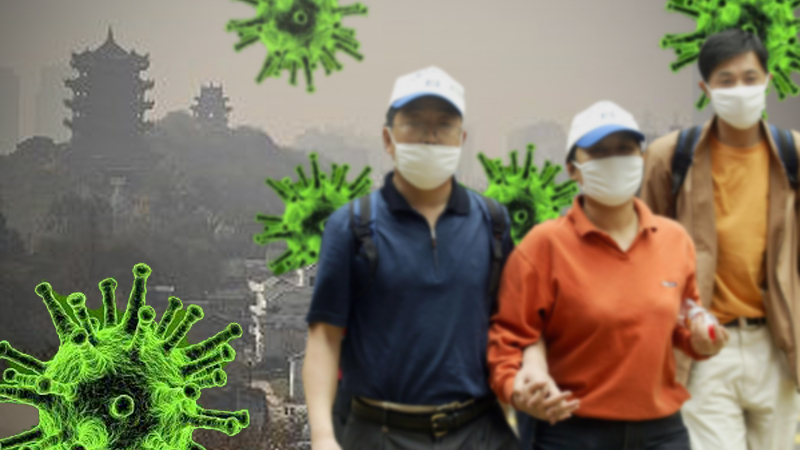 By Elizabeth Law
The Straits Times/ANN

BEIJING - The Chinese city of Wuhan on Monday (Jan 20) reported a dramatic increase of 136 cases of the mysterious Sars-like virus, including one death, as new cases were confirmed for the first time outside the city in Beijing and Shenzhen.

The sharp spike in detected cases comes as travelling intensifies ahead of this weekend’s Chinese New Year holidays, sparking fears that the mass human movement could contribute to the spread of disease.

In a statement in the wee hours of Monday, the Wuhan Municipal Health Commission reported that one death and 59 new infections were reported last Saturday and 77 new cases were reported on Sunday, bringing the total number of infections in the city to 198. Three deaths have been reported so far.

This is the highest ever jump in cases since the authorities in the central Chinese city started near daily updates about the newly discovered coronavirus, which comes from the same family of viruses that causes Sars and Mers, and comes a day after public health officials warned of a potential rise in cases.

Meanwhile, two new cases were reported in the capital Beijing, and one in the southern Chinese city of Shenzhen, which borders Hong Kong.

The two patients in Beijing had travelled to Wuhan, said an early morning post on the official Twitter-like Weibo of the Daxing Municipal Health Commission, an area in southern Beijing home to the city’s sprawling new international airport.

The single case in Shenzhen is a 66-year-old man who visited Wuhan on Dec 29 and fell ill earlier this month after returning home, said the Health Commission of Guangdong Province in a statement.

In a series of tweets on Monday morning, the World Health Organisation (WHO) confirmed the infections, adding that an animal seems the mostly likely primary source of infections, "with some limited human-to-human transmission between close contacts".

"For the first time, there are novel coronavirus (2019-nCoV) cases reported outside of Wuhan, within China," the WHO said. "These cases were identified because of searching and testing for cases outside Wuhan."

The novel coronavirus, known as 2019-nCoV, has triggered alarm because of similarities with the one that sparked the severe acute respiratory syndrome, or Sars, 17 years ago. Unlike Sars, which killed almost 800 people, 2019-nCov is not known to have spread to health workers.

The source and transmission routes of the 2019-nCov virus are still unknown, China’s National Health Commission said in a statement on Sunday.

Most of the cases in the city have been traced to a seafood wholesale market, which also sells live animals and exotic wildlife, but the fact that several patients had no connection to the site also suggests the virus has spread by other means.

A city of 11 million, Wuhan is a major transport hub and officials have carried out temperature screenings at the airport, railway stations, coach stations and piers since Jan 14. Passengers with fever were being registered, given masks and taken to medical facilities.

Deputy Mayor Chen Yanxin said that all those leaving Wuhan were also being screened from Sunday.

The Wuhan Huanan Seafood Wholesale Market, believed to be the epicentre of the outbreak, has been closed for disinfection since Jan 1 but, in a bid to arrest the spread of the virus, the authorities have been cleaning up markets across the city.

The authorities in Hong Kong, the United States, Thailand and Singapore have been screening visitors from Wuhan. Six suspected cases have been detected in Singapore, five of whom have tested negative for the virus.