Bangkok was the eighth worst city in the world for air quality as of 8am on Monday (January 20), according to statistics released from the Air Visual mobile application.

According to the US AQI (air quality index), Bangkok measured 171, with particulate matter smaller than 2.5 microns in diameter (PM2.5) at 57.8 micrograms per cubic metre. 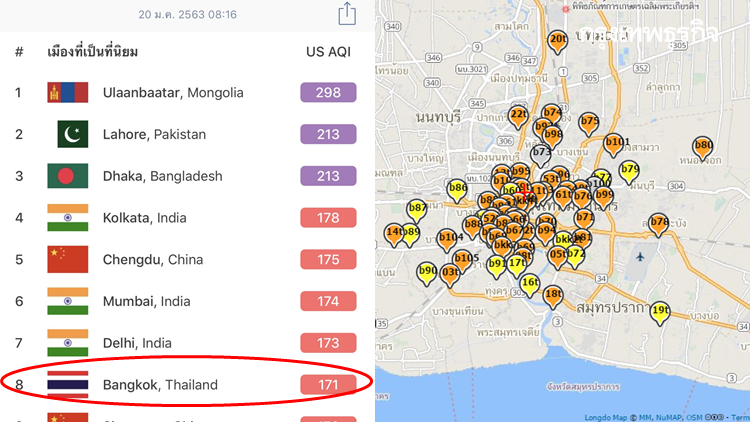 The Pollution Control Department reported at 8am on Monday that the level of PM2.5 dust particles in Bangkok and surrounding areas averaged 47-75 micrograms per cubic metre. The reported level is above the safety standard value of 35 μg/m3 and is unhealthy for sensitive groups such as people with respiratory or heart disease, the elderly, and children, who should limit prolonged exertion.

The World Health Organisation prescribes PM2.5 levels at 25mcg per cubic metre in a 24-hour mean.