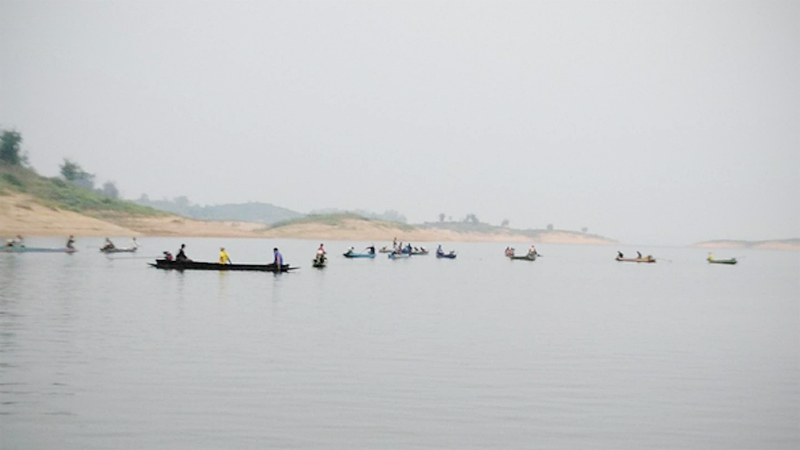 Officers at Thapla police station were alerted on Monday (January 20) to a passenger boat sinking at the Queen Sirikit Dam in Phaleud subdistrict, Thapla district of Uttaradit province.

At the scene, police found a sunken boat which was carrying passengers and agricultural produce from Nangphaya subdistrict to a pier 2 km away. The vessel, reportedly with 10 passengers and the helmsman on board, hit a protruding stump near the centre of reservoir. Water level at the reservoir has receded due to drought.

Six passengers were rescued while four others were still missing, including the helmsman, Prarian Aphiya (52), who was also the boat owner. Another passenger, Sunittra Noikhan (35), died in the accident.

Dozens of rescue volunteers and divers are still searching for the missing persons.