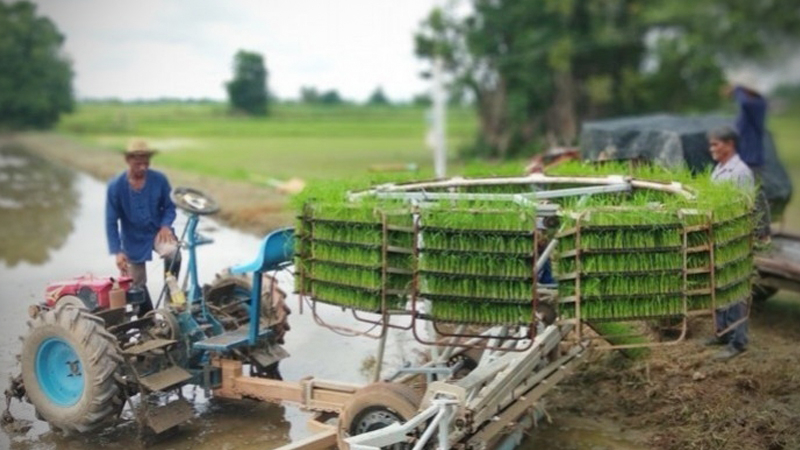 The Agriculture and Cooperatives Ministry has prepared a grass roots economic development and promotion campaign, which will be presented to the Cabinet on Tuesday for approval under the fiscal year 2021 budget.

Agriculture and Cooperatives Minister Chalermchai Sri-on said on Monday (January 20) that “the campaign expects to use a budget of Bt8.9 billion to drive 114 projects in accordance with the government’s strategy to promote the grass roots economy”, he said.

“The Ministry of Agriculture will be the central agency while the projects will be co-supervised by ministries of Commerce, Natural Resources and Environment, Interior, Public Health, Education, Industry, the Office of Prime Minister, National Farmers Council and Thailand Institute of Scientific and Technological Research.”

The budget request for fiscal year 2021 is Bt5.9 billion higher than in the previous fiscal year, added Chalermchai.

The minister said the grass roots economic development and promotion campaign aims to increase farmers’ income by at least six per cent per year and reduce income disparity among Thai people. “The target groups of this campaign include farmers, community enterprises and local manufacturers in 7,255 subdistricts nationwide,” he added.

“The campaign will focus on providing lands to farmers and low-income earners so that they can support their families and stop trespassing on forest areas,” said Chalermchai. “This can be achieved through a variety of methods such as land reforms for agricultural use, community title deeds, land banks and land cooperatives.”

Furthermore, the campaign will promote the establishment of suitable cooperatives and/or farmer associations to promote the manufacture of products from local materials. “This will be done along with the use of efficient sales and marketing systems to push the products to wider audiences, especially via online channels,” Chalermchai added. “This campaign will be another mechanism to help improve the quality of life of farmers and low-income earners as well as promote cooperation between government agencies instead of working separately as in the past.”