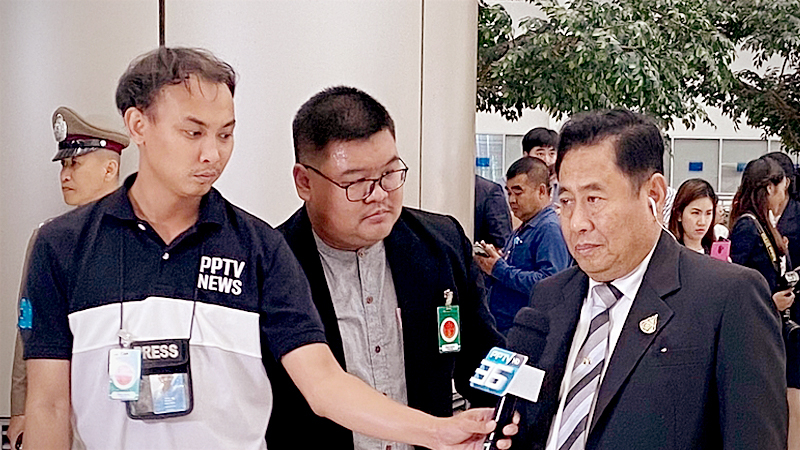 The Constitutional Court on Tuesday ruled as insufficient the evidence presented to dissolve Future Forward Party over allegations that the party was plotting to overthrow the constitutional monarchy system.

In its verdict, the judges said the evidence presented were not strong enough to warrant the party’s dissolution.

The majority of evidence presented to the court came from unreliable sources such as articles and messages on online media platforms while there was no evident action from the accused showing its intention to undermine the monarchy.

The allegation that the party had violated Section 49 of the Constitution was made by a former adviser of the Ombudsman’s Office chairman Natthaporn Toprayoon, who accused Future Forward of threatening the monarchy.

He also sought the dissolution of the party alleging that the party’s logo resembles the sign of Illuminati society, which allegedly tried to overthrow monarchies in European countries.

Future Forward is awaiting another judgement from the court in a case involving a Bt191-million loan that party leader Thanathorn Juangroongruangkit gave his party.

Article 72 of the Political Party Act BE 2560 prohibits political parties from receiving donations of money or assets from any sources which it knows are unlawful or have reasonable doubts of it being unlawful.

Article 92(3) of the same act allows the Constitutional Court to consider dissolving any political party that violates Article 72.