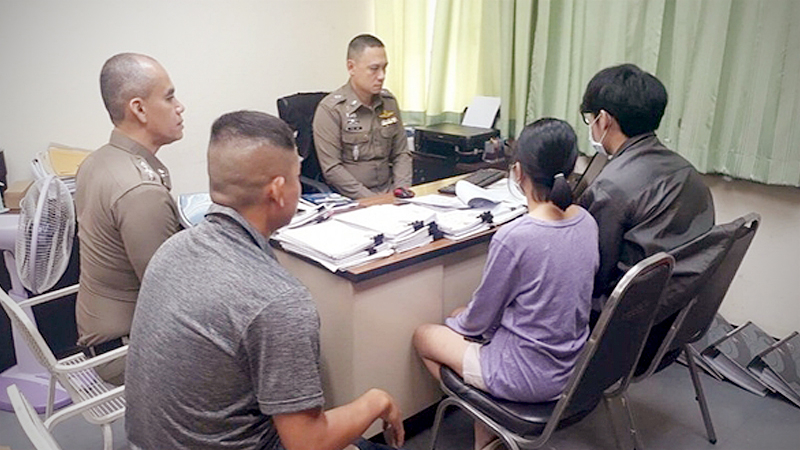 A man and a woman, aged 30 and 24 years respectively, turned themselves in to officers at Bangkhen Police Station, admitting that they are the individuals who appeared in a video clip shot in a university and are the ones who posted it online via the website pornhub.com.

The clip of the young couple having outdoor sexual intercourse in the university in Bangkok’s Bangkhen district has been circulating online since January 18, stirring widespread public criticism and catching the attention of the university, which later alerted police to find the culprits.

The man said he and his girlfriend shot the video of themselves having sex on the night of January 10, before uploading the clip to the website and opening a Twitter account advertising their video. They required a membership fee of Bt300 to see the video and a subsequent monthly fee of Bt150 to continue viewing new videos in the future.