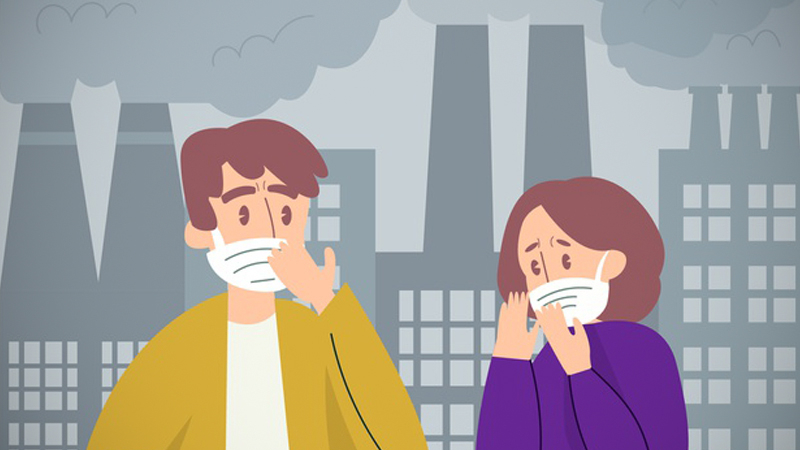 Air pollution in Bangkok worsened on Tuesday morning (January 21) with high levels of PM2.5 and dust in all areas.

The department attributed the situation to traffic congestion, especially in the evening, and the absence of strong wind the night before (January 20) for the accumulation of dust.

Sasin Chalermlarp, a well-known environmental activist and president of Sueb Nakhasathien foundation, posted on his Facebook page his comment on government management.

“The country leaders do not have the skills in crisis management and communication. The important thing is sincerity in caring for the people. In addition, crisis management requires "real expert" to alleviate the problem or at the very least ignite some hope in people. The ‘expert’ must have the knowledge, courage, teamwork and devoted to the duty".

He further suggested the following roles for those involved in solving the problem:

The deputy prime minister should look at all environmental issues to set an integrated approach by related ministries.

The Ministry of Natural Resources and Environment should act as a coordinator of orders and instruction from the Deputy Prime Minister.

The Transport Ministry should move to curb the emissions of black smoke from old vehicles and delay the construction work of electric train routes.

The Ministry of Public Health needs to raise public awareness of the risks to health.

The Director-General of the Pollution Control Department must develop an information system and prepare urgent measures.

The governors of Bangkok and other provinces must be able to swiftly launch actions under the Public Health Act.

As the dust particles tend to stay in the air for a prolonged period, applications for dust monitors is listed below: