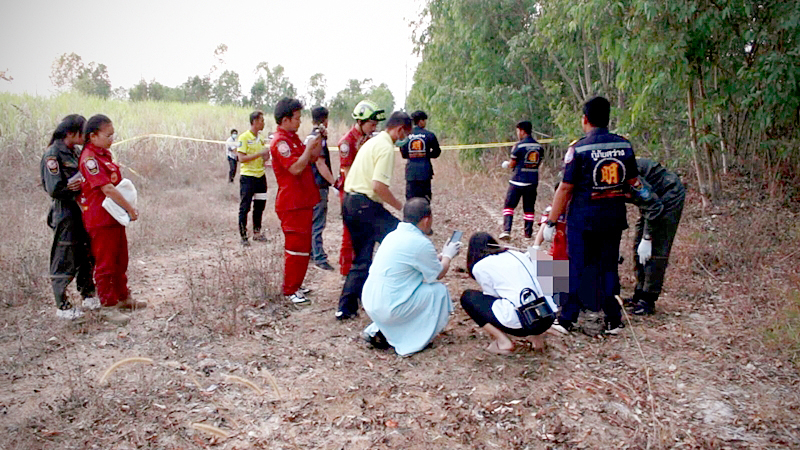 Thung Fon Police Station was notified on Monday (January 20) of a corpse found in a sugarcane plantation. A joint team of police officers, medical personnel from the Thung Fon Hospital and rescue volunteers was dispatched to the scene.

A naked male body, described as "turning black and bony" and aged between 30 – 40 years old, was found lying on the ground. There was no evidence that could help police identify the deceased.

Songkran Booddeekam, owner of the sugarcane farm, said he detected a foul smell while harvesting sugarcane and decided to search the area. He then came across what looked like a corpse before calling the police.

Police said the cause of death has yet to be established since the body has been decomposing for at least two weeks, leaving little to work on. The body was sent to Thung Fon Hospital while police began an investigation.