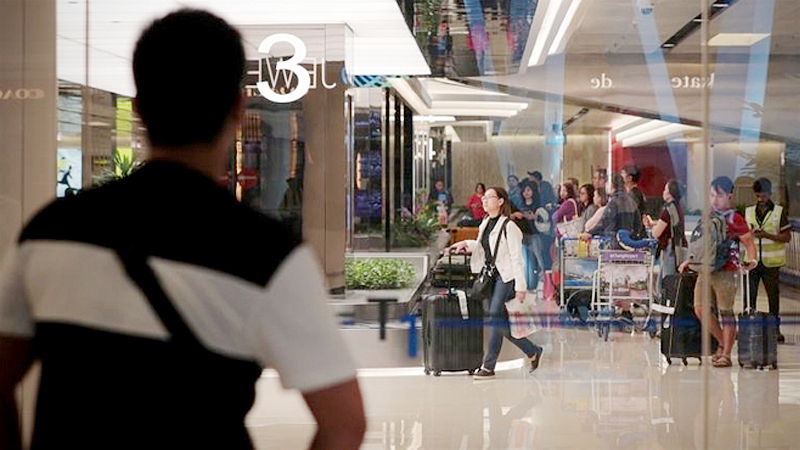 Travellers arriving at Changi Airport's Terminal 1 on Jan 7,2020. From Wednesday (Jan 22), those with pneumonia who have travelled to any part of China within two weeks of showing symptoms will be isolated.ST PHOTO: JASON QUAH

SINGAPORE - With more people infected by the mysterious Wuhan virus and the bug spreading further, the Ministry of Health (MOH) said on Tuesday (Jan 21) that it is taking more precautionary measures.

This comes just a day after the ministry said it was expanding temperature screening to all inbound travellers arriving at Changi Airport from China, instead of just those from the Chinese city of Wuhan earlier.

The ministry said that in the light of China's health commission confirming on Monday that the coronavirus responsible for causing pneumonia in Wuhan can be transmitted between people, MOH is widening its isolation measures.

Previously, only people with fever and pneumonia who had travelled to Wuhan within two weeks of their symptoms starting were isolated.

But from Wednesday, those with pneumonia who have travelled to any part of China within two weeks of showing symptoms will also be subjected to isolation measures. Pneumonia symptoms include fever, coughing and breathing difficulties.

In addition, isolation measures will likewise apply to those with acute respiratory infection who have been to any hospital in China within two weeks of showing symptoms, which may include a sore throat or body aches.

This is a precautionary measure to prevent transmission of the virus, the ministry said.

Isolation measures are used to restrict the contact of ill people with the healthy, while quarantine measures apply to people who are well and may have been exposed to the disease.

People who are quarantined may have been exposed to a disease and do not know it, or they may have the disease but do not show symptoms, according to the United States Department of Health and Services.

On Tuesday, MOH identified a seventh suspect case - a 44-year-old Singapore resident who has pneumonia and had recently been to Wuhan. She and the previous six suspected cases have tested negatively for the virus, going by the MOH's latest updates.

The ministry said that although there have been no confirmed cases here so far, it expects to see more suspected cases and even imported cases "given the high volume of international travel to Singapore".

"Once a case is confirmed, contact tracing will be initiated, and we will implement strict isolation, quarantine, and infection control and prevention measures to prevent further transmission," it said.

A total of 291 Wuhan virus cases have been reported in China, with a sixth fatality reported on Tuesday.

Earlier, cases were centred around Wuhan, but they have spread to Beijing and the southern Chinese province of Guangdong.

More than 900 people are still under medical observation, according to China’s National Health Commission, even as South Korea, Thailand and Japan confirmed their first cases in recent days.

Health experts have said that the Wuhan virus is likely not as infectious as the Sars virus, which killed almost 800 people 17 years ago. But they said under-reporting means more than 1,700 people in Wuhan could have already been infected with the disease.

Initially, the virus was thought to only transmit from animals to humans. However, the virus has infected at least 15 medical workers in Wuhan, confirming that the pathogen is being passed on among humans.

MOH warned travellers and members of the public to avoid contact with live animals and not to eat raw and undercooked meats in the meantime.

People should also observe good personal hygiene, wear a mask when they have a cough or runny nose, and see a doctor promptly if they feel unwell, the ministry said.