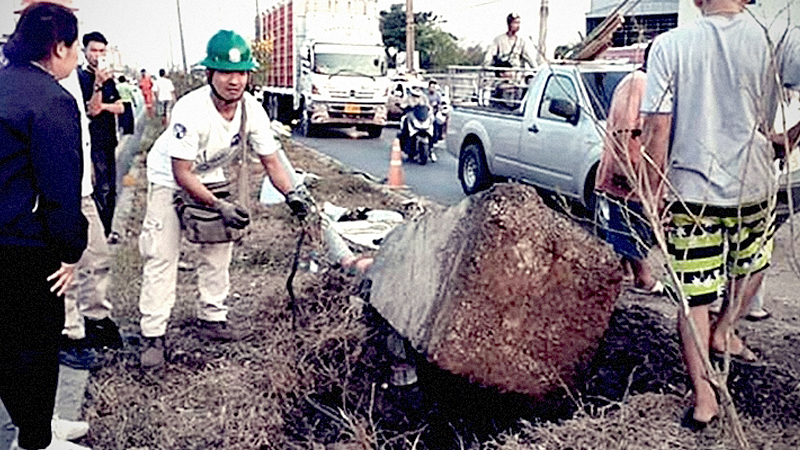 A teenager was killed and eight other students were injured on Tuesday (January 21) when their school van was struck by a pickup truck.

The accident occurred in Ban Phaeo, Samut Sakhon, while the students were from Sirindhorn Ratchawittayalai School in Nakhon Pathom.

Police claim pickup driver Naruebet Boonpha, 18, who was only slightly injured, told them he was checking messages on his phone and came close to hitting a lorry in front of him.

He allegedly said he veered to the right, only to collide with the school van, sending it into a power pole.

One of the injured students remains in intensive care at Ban Phaeo Hospital. Three were treated and released and the other four are in good condition.