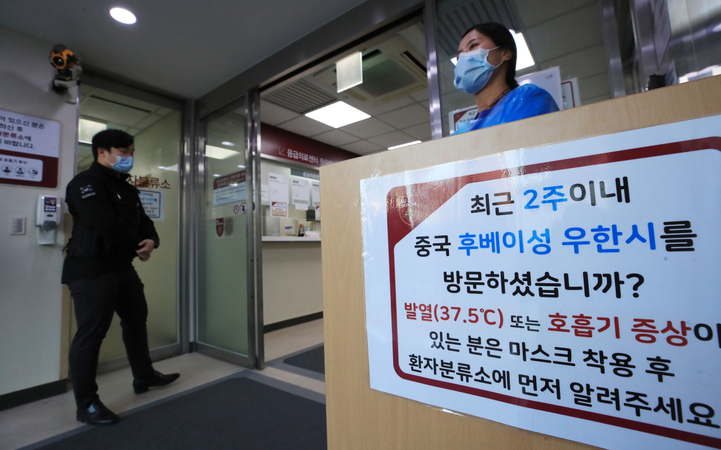 A notice with instructions for people displaying symptoms with a history of visiting Wuhan within the past two weeks is seen at an emergency room at a hospital in Seoul on Wednesday. Yonhap

The four people who visited the city of Wuhan in central China underwent so-called pancoronavirus tests earlier in the day after experiencing symptoms, such as fever and sore throat, according to the Korea Centers for Disease Control and Prevention (KCDC).

South Korea confirmed its first case of the disease on Monday, and has been on a heightened level of alert to quickly detect and treat people who have been affected.

The health protection agency earlier said that 16 suspected cases have been reported in the country so far, with all being released from isolation after tests indicated that they did not have the virus. (Yonhap)