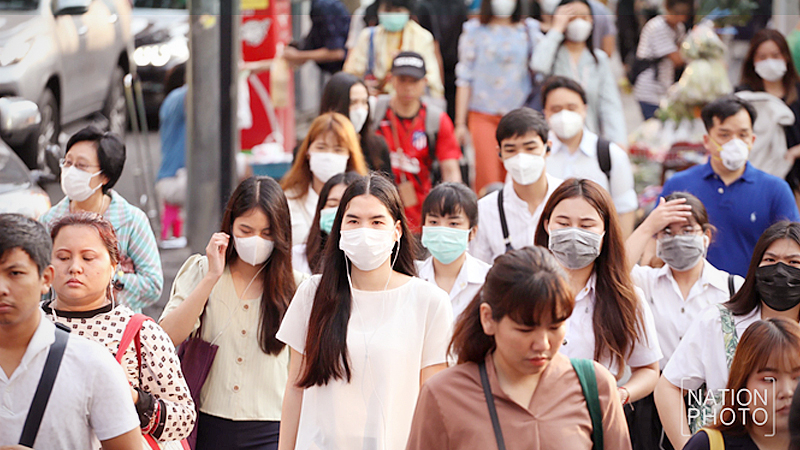 Nine districts in Bangkok have been reported with unhealthy air quality on Thursday morning (January 23).

The Pollution Control Department via its website Air4Thai.com reported that it had gathered the air quality situation in Bangkok and its perimeter from 53 probing stations. As of 7am on Thursday, the level of dust particulate matter not more than 2.5 microns in diameter or PM2.5 was at 27-66 micrograms per cubic metre (µg/m3). The safety standard used by the department is at 50 µg/m3 while the World Health Organisation prescribes PM2.5 levels at 25 µg/m3 in a 24-hour mean. 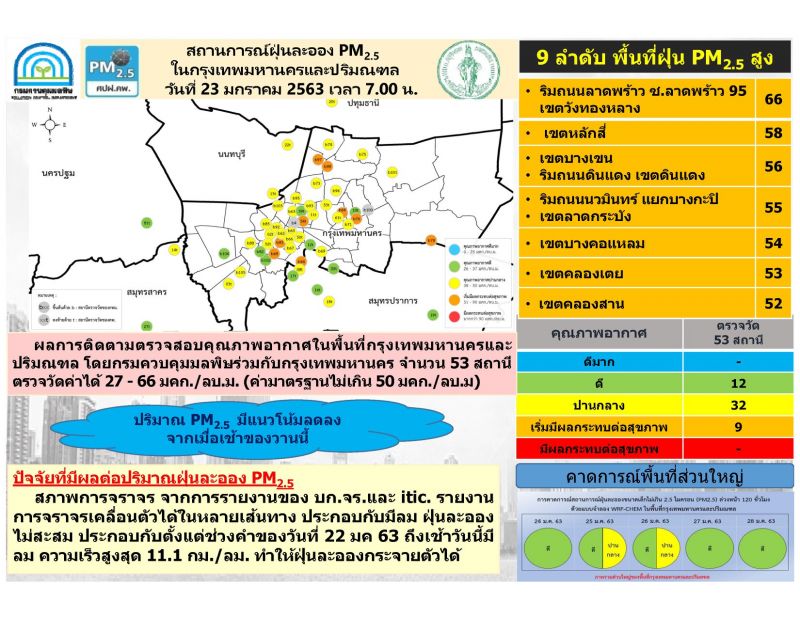 The nine districts with unhealthy air quality include Wangthonglang, Lak Si, Bang Khen, Lat Krabang, Bang Kho Laem, Khlong Toei, and Khlong Sam. Air quality in these areas was determined as unhealthy for sensitive groups such as people with respiratory or heart disease, the elderly and children, who should limit prolonged exertion. However, the areas affected with PM2.5 are fewer compared to yesterday with 15 areas reported to fail the safety standard.