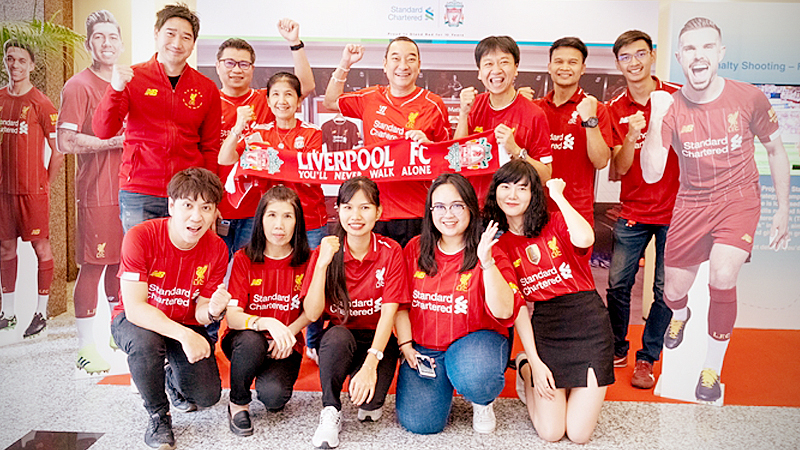 Standard Chartered Bank (Thai), led by president and chief executive Plakorn Wanglee, had a “Red for a Day” celebration recently to commemorate the 10th anniversary of its partnership with Liverpool Football Club.

It included a fundraising activity for “Futuremakers by Standard Chartered”, the bank’s global initiative to tackle inequality and promote greater economic inclusion.

Bank employees around the globe are encouraged to wear red every January 17 and earn a chance to win a trip to watch the team play live at Anfield, its home pitch.

The bank renewed its sponsorship contract with the club last year, extending the relationship to the end of the 2022-23 season, making it the second-longest sponsorship deal in Reds history.