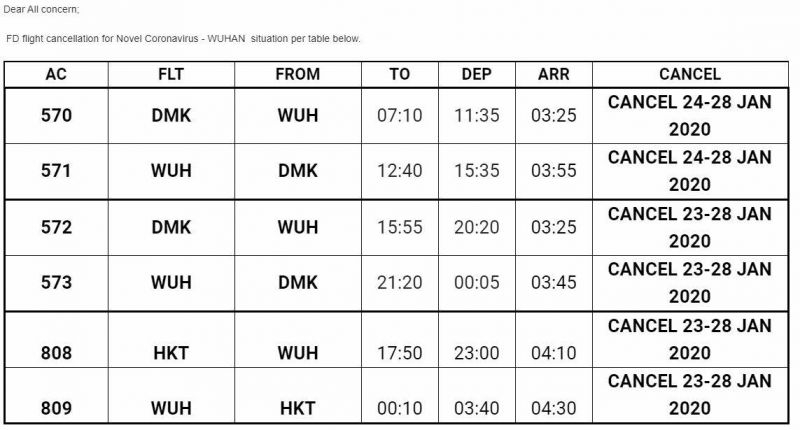 High-level sources in the tourism industry revealed that Chinese tourists made up almost 30 per cent of the foreign visitors passing through Don Mueang Airport every day.

Statistics of foreign passengers travelling to Thailand via Don Mueang showed that of the nearly 24,000 people every day, Chinese tourists, on average, accounted for nearly 7,500 people.

However, six flights of Thai AirAsia scheduled to fly to and from Wuhan city to Don Mueang and Phuket airports during January 23-28 have all been cancelled.