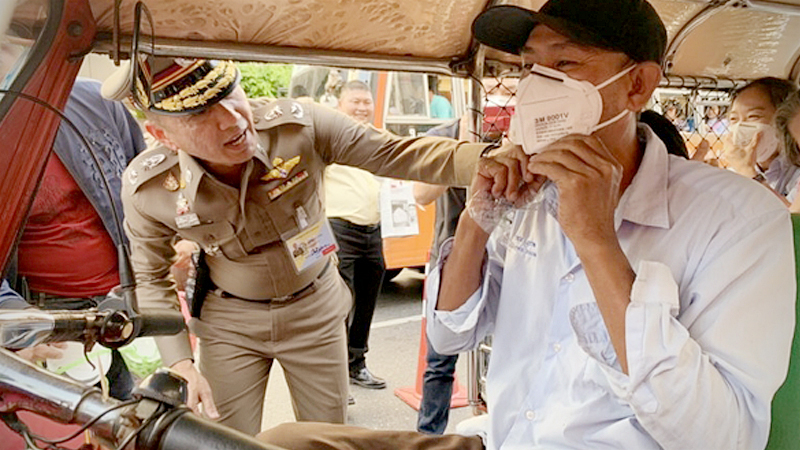 “National Police chief Pol General Chakthip Chaijinda has ordered deputy chief Pol General Suwat Jaengyodsuk to be the central administrator of these measures,” he said. “They are to be enforced at traffic routes, industrial factories, construction sites and burnt crop fields where the PM2.5 comes from nationwide.” 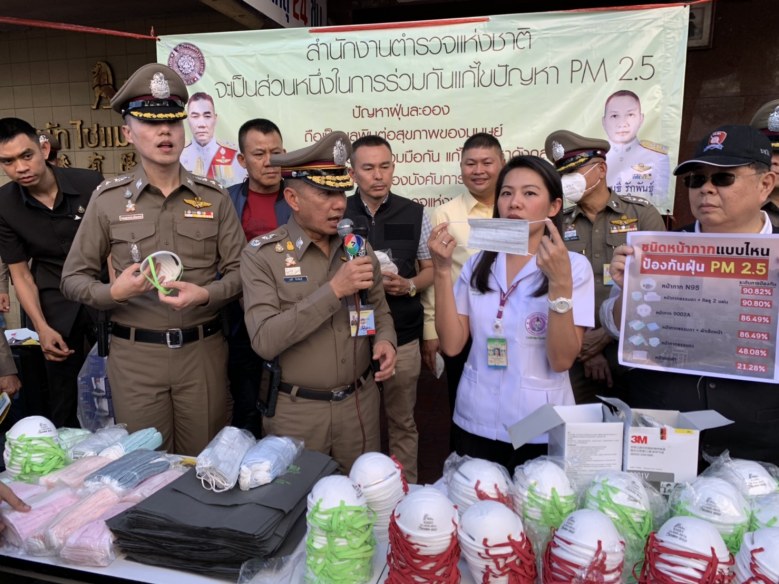 The anti-PM 2.5 measures drafted by the police are as follows:

1 Increase the frequency and thoroughness of vehicle emission inspection on routes around big cities, especially in Bangkok and surrounding provinces.

2 Randomly inspect vehicles at public bus and van terminals, distribution centres, as well as establishments that use several trucks.

4 Coordinate with related agencies in enforcing laws against industrial factories that cause air pollution as well as those who illegally burn garbage, forests and crop fields.

5 Facilitate traffic flow to reduce congestion and make sure that no one parks cars on the sides of main roads which could block traffic lanes and increase emissions.

6 Through public relations measures, seek cooperation from vehicle users to refrain from parking their cars with the engine on and regularly check their vehicles’ condition.

The Royal Thai Police will also work with private partners in handing out free surgical masks for road users in areas with poor air quality throughout Bangkok, added the spokesman.