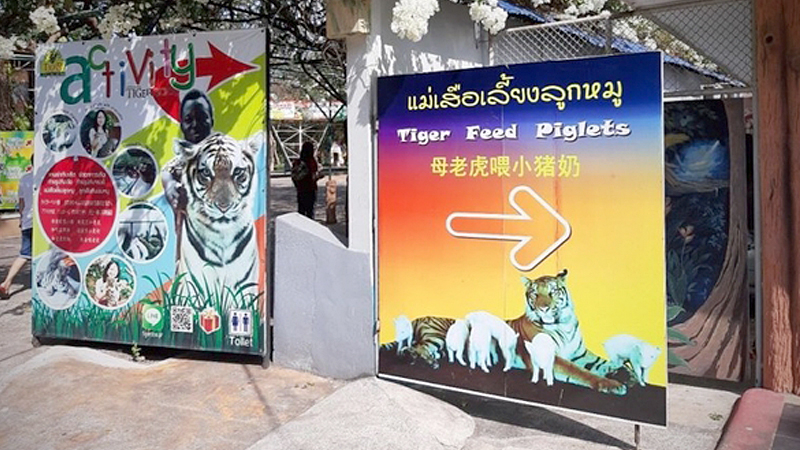 Phadet Laithong, director of Wildlife Preservation Division Region 2 under the Department of National Parks, Wildlife and Plant Conservation, together with officials from the Department of Livestock Development, inspected the zoo in Chon Buri on Sunday (January 26) after they received complaints that the zoo had put piglets in the same cage as a tiger, stirring public criticism and concern for the piglets’ safety.

After the inspection, the officials found that the zoo had put female tiger Saimai, aged 1 year and 9 months, in the same enclosure as two piglets aged around 2 months. The zoo had put up posters advertising its “tiger-feeding piglets show”. One of the posters claimed that Saimai was raised on pig milk and has been staying with the piglets. Now she lets them drink her milk. 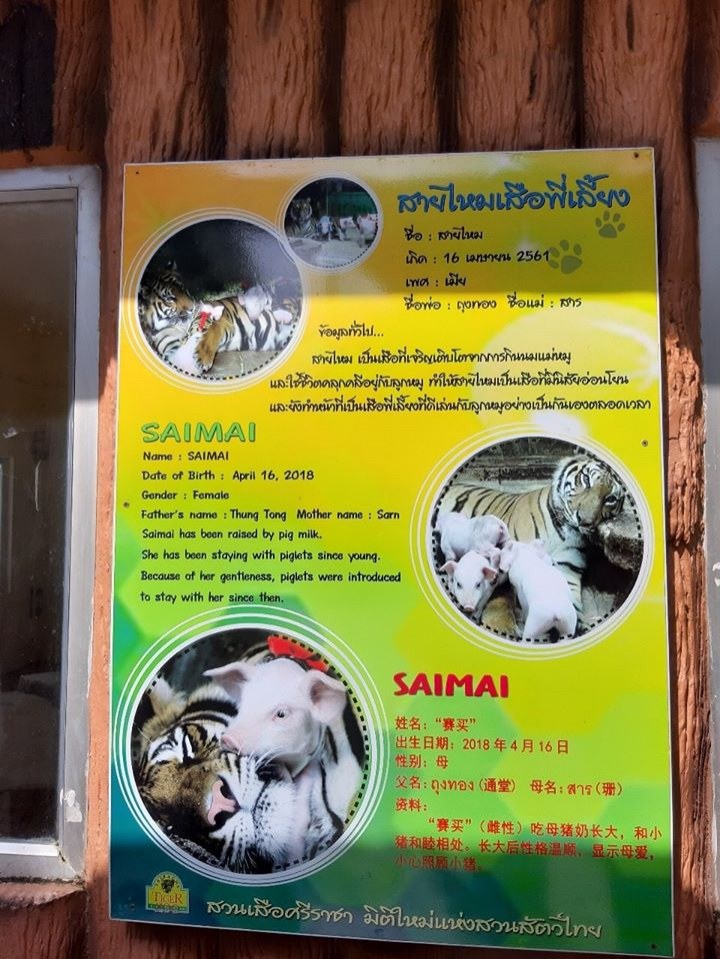 Zoo director Matohe Jeawae said the facility has been running the show for some time now and Samai has never harmed the piglets.

“However, I cancelled the show immediately after receiving complaints and have ordered zoo staff to put the piglets in a cage separate from the tiger to prevent any future problems,” he said.