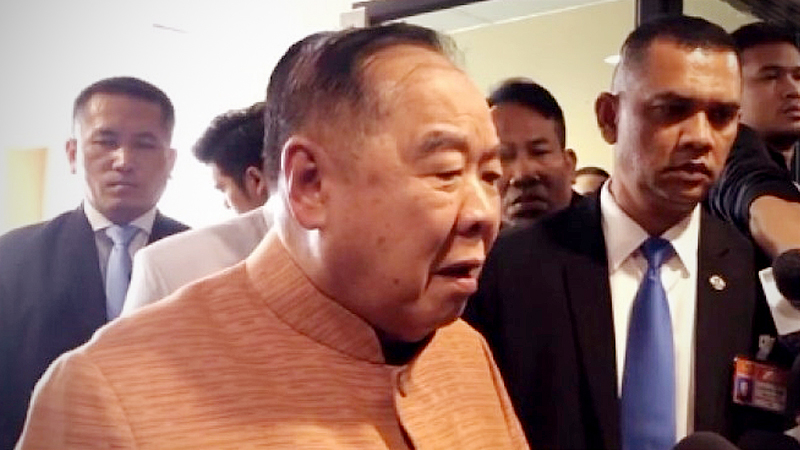 Deputy Prime Minister Prawit Wongsuwan has asked the Ministry of Interior to order local administration officials to control and stop the burning of field crops in the open.

The deputy premier’s orders came after finding fires in five provinces in the northern region and also in the vicinity of Bangkok, seen as the main cause of dust and pollution that pose a threat to public health.

Defence Ministry spokesman Kongcheep Tantravanich said on Tuesday (January 28) that Prawit had reiterated the role of the local government in being vigilant and implementing control measures while also providing knowledge and asking people to stop burning in the open.

If wrongdoers continue to violate the restrictions, law enforcement must act decisively to set an example, Prawit said.

The forest fire and haze control centre in each province, especially in the North, has asked for cooperation in monitoring fire activities while aerial surveillance and ground operations were sought from the Army to support and control the situation and solve the haze problem.