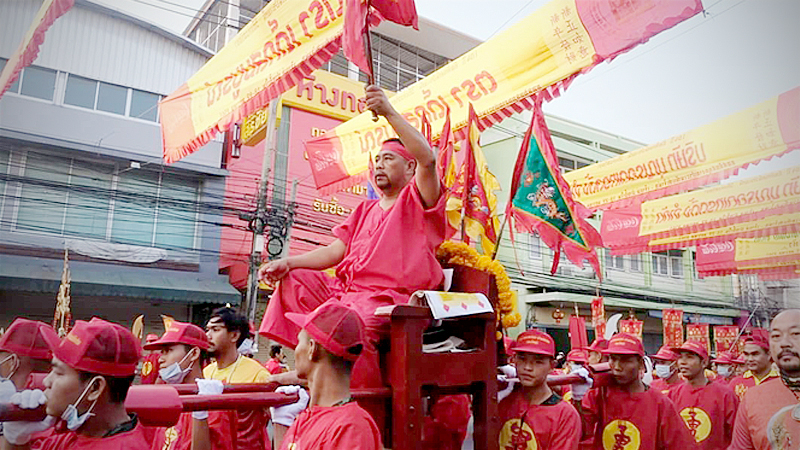 The parade traces its history back 70 years when cholera hit Paknampo district, leading to suffering and death. Villagers prayed to the gods for help. The district’s “godfather” and “godmother” helped via the medium of writing a Chinese talisman, then burnt it and threw it into the water. Folklore has it that all the villagers who drank the water recovered. The parade has been held annually since then for people to pay their respects.

Last night residents of the district as well as tourists also witnessed a parade of a god and goddess of China. 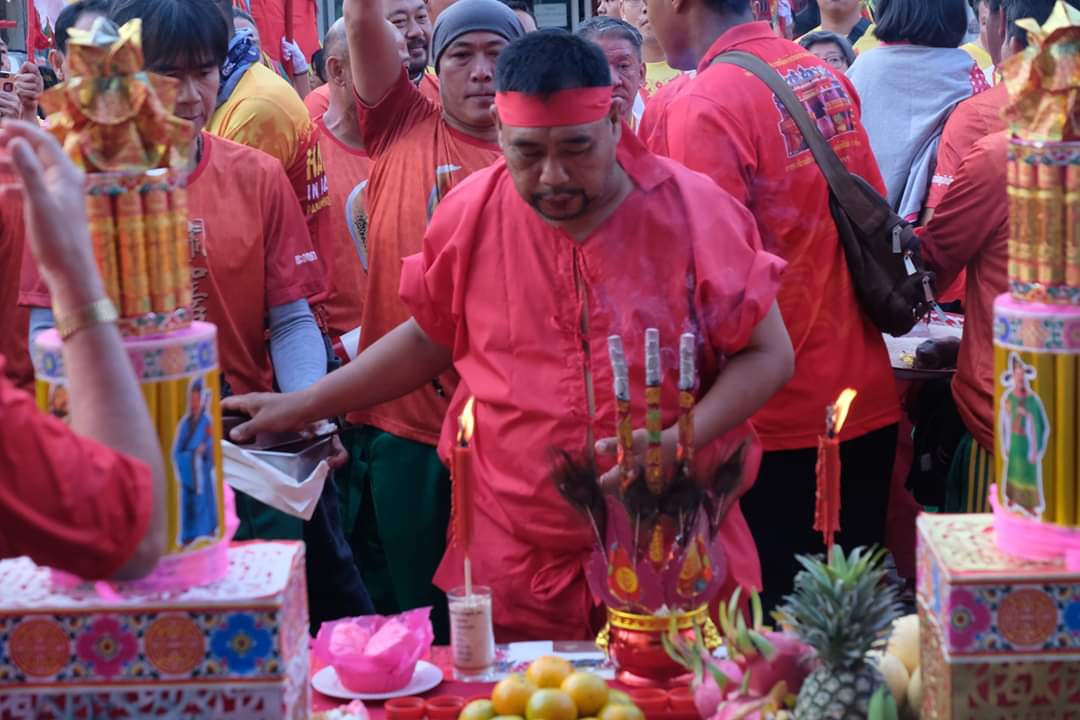